We just had the 49th Earth Day.

We just had the 49th Earth Day.


Here’s what the experts were saying almost a half century ago on Earth Day, 1970:

“Civilization will end within 15 or 30 years unless immediate action is taken against problems facing mankind.”
— Harvard biologist George Wald

“It is already too late to avoid mass starvation,”
— Denis Hayes, Chief organizer for Earth Day

“We are in an environmental crisis which threatens the survival of this nation, and of the world as a suitable place of human
abitation.”
— Washington University biologist Barry Commoner

“Population will inevitably and completely outstrip whatever small increases in food supplies we make. The death rate will increase until at least 100–200 million people per year will be starving to death during the next ten years. … Most of the people who are going to die in the greatest cataclysm in the history of man have already been born. … [By 1975] some experts feel that food shortages will have escalated the present level of world hunger and starvation into famines of unbelievable proportions. Other experts, more optimistic, think the ultimate food-population collision will not occur until the decade of the 1980s.
— Stanford University biologist Paul Ehrlich

“Demographers agree almost unanimously on the following grim timetable: by 1975 widespread famines will begin in India; these will spread by 1990 to include all of India, Pakistan, China and the Near East, Africa. By the year 2000, or conceivably sooner, South and Central America will exist under famine conditions …. By the year 2000, thirty years from now, the entire world, with the exception of Western Europe, North America, and Australia, will be in famine.”
— North Texas State University professor Peter Gunter

“In a decade, urban dwellers will have to wear gas masks to survive air pollution… by 1985 air pollution will have reduced the amount of sunlight reaching earth by one half.”
— Life magazine

“At the present rate of nitrogen buildup, it’s only a matter of time before light will be filtered out of the atmosphere and none of our land will be usable. … By the year 2000, if present trends continue, we will be using up crude oil at such a rate … that there won’t be any more crude oil. You’ll drive up to the pump and say, ‘Fill ‘er up, buddy,’ and he’ll say, ‘I am very sorry, there isn’t any. … The world has been chilling sharply for about twenty years. If present trends continue, the world will be about four degrees colder for the global mean temperature in 1990, but eleven degrees colder in the year 2000. This is about twice what it would take to put us into an ice age.”
— Kenneth Watt

It's worth mentioning that we've realized a couple of those predictions.

33 million people starve to death each year. It is usually a political matter, however.

In many cities of China face masks are pretty much a necessity on some overcast days. 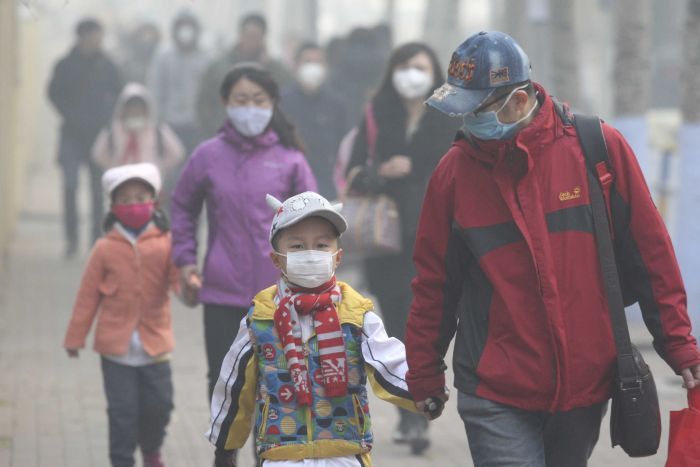 So it's local politically caused situations not global catastrophe? Predictions not realized.

We were supposed to all be dead by 1975 if we didn't immediately implement world wide UN control of everything.

The book that Soylent Green was based on was set in 1999.

I'm not down with eating creepy crawlies.
A fool thinks himself to be wise, but a wise man knows himself to be a fool.
William Shakespeare
Top
5 posts • Page 1 of 1