Drama queens must check their tiaras at the door.
14 posts • Page 1 of 1


What if you could watch every episode of Breaking Bad and Stranger Things 50 percent faster?

That’s a feature that Netflix is quietly testing, and it’s quickly drawn a big backlash from Hollywood creatives.

First noted by Android Police, savvy mobile users of the streaming service spotted a new feature on the Netflix Android app that allowed subscribers to speed up (or slow down) playback without muting the volume (to playback speeds 0.5x, 0.75x, 1.0x, 1.25x or 1.5x, respectively).

Okay, so the same feature you get with Youtube, DVD players and DVRs, Got it! What's the downside?


The first-blush response from industry creatives, however, was not good. Turns out filmmakers don’t like the idea of viewers watching their painstakingly crafted work on Chimpmunks mode.

Filmmaker Judd Apatow (Knocked Up), who also co-created the Netflix series Love, tweeted this threat: “Don’t make me have to call every director and show creator on Earth to fight you on this. Save me the time. I will win but it will take a ton of time. Don’t f— with our timing. We give you nice things. Leave them as they were intended to be seen.”


Actually, you don't 'give' use shit. Last I checked, you get paid. Why do you care how fast or slow we privately decide to view it?


Breaking Bad star Aaron Paul, who is reprising his acclaimed role in the Netflix movie El Camino, slammed the move: “Stop … There is NO WAY @netflix will move forward with this. That would mean they are completely taking control of everyone else’s art and destroying it. Netflix is far better than that. Am I right Netflix?”

And here you are trying to completely take control of my viewing pleasure. This isn't forcing anything on anyone, it's just giving them a choice.


Director Peyton Reed (Ant-Man) tweeted: “This is a terrible idea, and I and every director I know will fight against it.”

Will you likewise fight Youtube, and most all DVR and DVD players?


Director Brad Bird (The Incredibles and Mission: Impossible: Ghost Protocol) tweeted it was “another spectacularly bad idea” and “another cut to the already bleeding-out cinema experience”.

What a fucking drama queen. The 3:4 aspect ratio of old tv's must have had you in tears.


Director Peter Ramsey (Spider-Man: Into the Spider-Verse) tweeted: “Does everything have to be designed for the laziest and most tasteless?”

The comments in the article are cute. Seems there's about 3 out of 300 that actually think Netflix is in the wrong.
Top

Director Peter Ramsey (Spider-Man: Into the Spider-Verse) tweeted: “Does everything have to be designed for the laziest and most tasteless?”

The director of Spider Man talks about taste. Have they no self awareness?
Wenn ich Kultur höre, entsichere ich meinen Browning!
My indifference is boundless

The real issue is they don't like having competition.

I recall a rather tipsey evening with a friend woh ran this company who was offering me advice on the sale of my company. This is what he said:


If you sell it it's not yours

That is so true and something that people forget. Spiderman is not your, it actually never was yours. Not any more than my house belongs to the person who paints it.

Amazing arrogance. They should stick to telling us how we should think politically.
Wenn ich Kultur höre, entsichere ich meinen Browning!
My indifference is boundless

Really! Are you sure?
Top 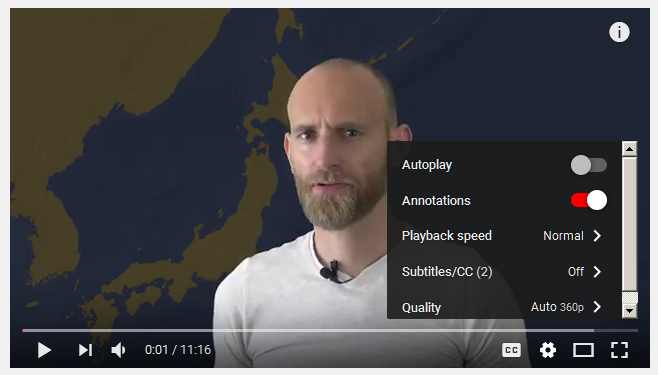 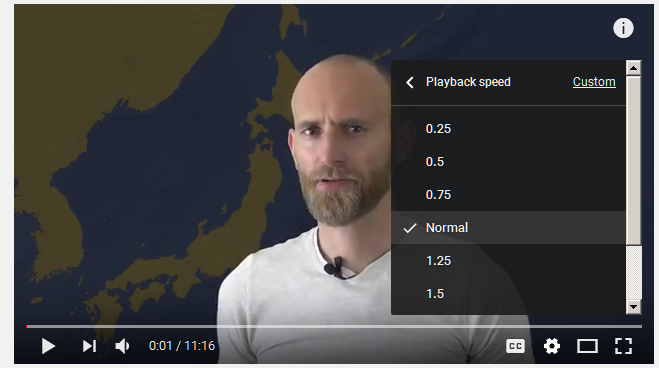 Wow! I didn't know that! I certainly didn't mention it, twice, in the OP. Thanks!
Top

How do you think I got thru the Homesman, Rob?
Wenn ich Kultur höre, entsichere ich meinen Browning!
My indifference is boundless

.5
But we knew you were a little slow.
Top

Read Rob's posts all the way through?

Who the fuck does that?

Who the fuck does that?

I realize those options are available, and I've tried them, but usually I don't use them. I imagine that most people won't use them.

I agree though, the objections are knee-jerk and most people will just watch them at normal speed anyway, so quit worrying. Even if they don't it doesn't actually hurt you in any way.

I can think of certain scenarios where I might want to speed it up or slow it down.
A fool thinks himself to be wise, but a wise man knows himself to be a fool.
William Shakespeare
Top

Possibly the objectors are worried about it being secretly activated for viewers that did not pick it? Remembering, perhaps, the shenanigans pulled when some movies are broadcast. However--the broadcasters are doing so to increase commercial time and still fit the program into the schedule. On demand streaming isn't under any scheduling pressure, so it seems a spurious concern. What would Netflix have to gain by stealth activation?
"If fighting is sure to result in victory, then you must fight! Sun Tzu said that, and I'd say he knows a little bit more about fighting than you do, pal, because he invented it, and then he perfected it so that no living man could best him in the ring of honor. Then, he used his fight money to buy two of every animal on earth, and then he herded them onto a boat, and then he beat the crap out of every single one. And from that day forward any time a bunch of animals are together in one place it's called a zoo! (Beat) Unless it's a farm!"
--Soldier, TF2
Top

If anything they want to increase the time that their inventory accounts for, not diminish it.
Wenn ich Kultur höre, entsichere ich meinen Browning!
My indifference is boundless