Doctor Who is Still Awful

Doctor Who is Still Awful

I was hoping this season would have learned from the last.

But they're doubling down on the stupid.

I defended Jodie Whitaker because I loved her in Broadchurch, but at this point I have to say she is the worst doctor in the show history.

She's a great dramatic actress, but a horrible Doctor.

The writing is bad, but with a charismatic enough Doctor it would be watchable.

Rotten Tomatoes deleted all the audience reviews because they were bad.

So let me tell you what you are missing.

I hate-watched episode 3 of the current season. It ended with Doctor Who going full Greta Thunberg and basically retconning the entire show history to give a ham fisted message about global warming (which is an issue I'm concerned about, but these efforts turn off deniers instead of converting them).
Top

I never watched a single episode of Doctor who, not even any clips of highlights.
Everything I know about it is strictly third-hand at best.

That said, all I can say about this next story is about damn time!

After 56 years on our screens, Doctor Who made history on the weekend by casting the first BAME actor in the lead role, with Fugitive of the Judoon introducing Jo Martin as the Doctor.

Martin is a regular on Holby City, where she plays Max McGerry, consultant neurosurgeon and acting CEO of the hospital. She has also appeared in Fleabag, Batman Begins and first came to prominence in the early 2000s playing Natalie Crouch in the BBC One sitcom The Crouches. She posted a picture of herself in costume as the Doctor on social media after the show aired on Sunday night – having kept her new role secret for months. 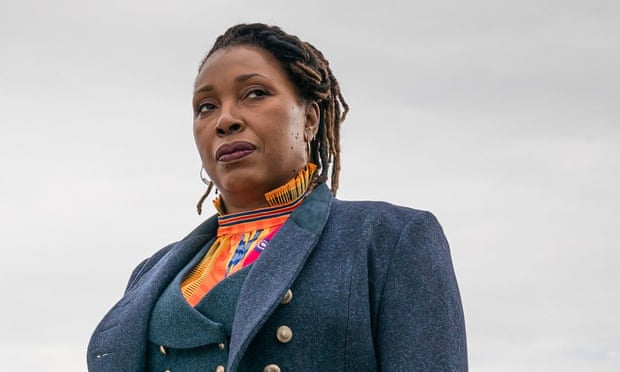 And don't question The Duchess's ethnic bona-fides or we'll have to fight!

Because in British style diversity, Blacks are not really a separate category, unless they are African American.

Fun fact: non-BAME Spanish speakers were { ... shudder ... } white folks until recently, but now they are officially wogs because Spain is in the EU.

"Yes! A BIG REWARD!" ====> Click here to turn in a sicko
The arc of the moral universe bends towards chaos.
People who believe God or History are on their side provide the chaos.
Top
4 posts • Page 1 of 1