Give the Fool a Cigar!

Give the Fool a Cigar!

Not only an employer of murderers, the Baltimore Ravens build statues to them. 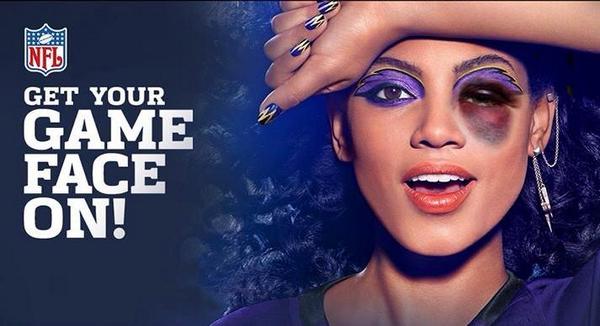 Punch out your fiancee? They will give you a standing ovation in mini-camp then only consider limiting your carries when a video of you punching out your fiancee forces even Roger "What's Wrong Honey?" Goodell to sit with the groundlings at a Divisional Playoff Game between THE SOON TO BE CHAMPION NE Deflatriots and the Baltimore I Done TOLD You to SHUT UPs.

No warm luxury box with Robert "Jonathan?! JONATHAN!" Kraft and Suitably Underage Girlfriends You Can Afford when You are a Billionaire or Friend of a Billionaire:

"Why the fuck are we here in the cold again?"

"I have to show I am One of the People who is Concerned with women being beaten by Ravens players, honey."

"And why the fuck am I here, specifically?

"Because I support women, despite all appearances."

"Megyn Kelly doesn't have to put up with this shit."

"You don't have Megyn's tits."

to sternly suspend the guy for, like, the halftime show.

So the Wanton Lawlessness of the Baltimore Ravens remains legendary!

What was this about again? Shiny! Oh wait! I remember:

Cut by the Ravens the next morning.

1Or when Robert Kraft met him at a charity function, "So you're the guy who imitates me?" His son--"JONATHAN!"--and the rest of the family did admit to the comedian later that, "yeah, that's him!" He is also been known to call in as Terry "Tito" Francona when Red Sox players were on. Fooled Schilling and PedrOYA! Francona, driving, heard one example and thought, "when the fuck did I do that interview and why was I so stupid?"

[youtube]lNzd8dKDns4[/youtube]
Mob of the Mean: Free beanie, cattle-prod and Charley Fan Club!
"Doctor X is just treating you the way he treats everyone--as subhuman crap too dumb to breathe in after you breathe out."--Don
DocX: FTW.--sparks
"Doctor X wins again."--Pyrrho
"Never sorry to make a racist Fucktard cry."--His Humble MagNIfIcence
"It was the criticisms of Doc X, actually, that let me see more clearly how far the hypocrisy had gone."--clarsct
"I'd leave it up to Doctor X who has been a benevolent tyrant so far."--Grammatron
"Indeed you are a river to your people.
Shit. That's going to end up in your sig."--Pyrrho
"Try a twelve step program and accept Doctor X as your High Power."--asthmatic camel
"just like Doc X said." --gnome