Legal aspects, not just another general discussion of "political correctness".

As you know, the NFL franchise that plays in the nation’s capitol recently decided to change its team name. But to what? Well, after weeks of intensive brainstorming, owner Dan Snyder has now announced that the Washington football team will henceforth be called … the Washington Football Team.

Was this his first choice? No. But his first choice, and a whole bunch of other potential choices, seem to be tied up in a trademark fight with at least one entrepreneur who had the foresight—unlike Dan Snyder—to file trademark applications for a bunch of possible names. While the team will likely get what it wants, sooner or later, for now it is calling itself the Washington Football Team.

Now that's funny. Someone anticipated that this day would come and trademarked the more obvious choices.

But trademark law is a funny thing. You need to be able to demonstrate that you are actually using the trademark as a business. You cannot just trademark a name and be done with it.
A fool thinks himself to be wise, but a wise man knows himself to be a fool.
William Shakespeare
Top

Will he immediately fold when the SJWs declare the name "Washington" to be racist?
About that stereo
Top

I had heard that bending to pressure, Dan Snyder agreed to change the name to "D.C. Redskins."

The "C" in Washington D.C. stands for "Columbia" right? Which is named after Columbus, so probably that's out too.
A fool thinks himself to be wise, but a wise man knows himself to be a fool.
William Shakespeare
Top 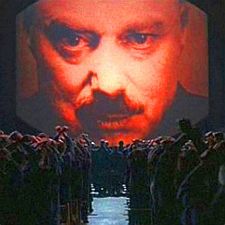 "Yes! A BIG REWARD!" ====> Click here to turn in a sicko
The arc of the moral universe bends towards chaos.
People who believe God or History are on their side provide the chaos.
Top
6 posts • Page 1 of 1