Stuck in Japan for the time being, Captain George is a street performer who refuses to let the pandemic stop him from playing.

On a recent Friday morning in Fukuoka, Japan, a street performer named Captain George sipped beer from a tall silver can (his “breakfast”), while answering questions from a journalist through Facebook. Instead of typing or voice recording his responses, he sent selfie-style videos of himself, his foreign accent slightly slurred as he revealed why he wears a sea captain’s hat everyday.

“I’m originally from Slovakia and people would ask me for my name and they couldn’t fucking remember it,” he explained. (His name is Juraj Plitchtik.)

“That’s how this whole captain thing started. I bought this hat for 3€ when I was hitchhiking from Istanbul to Ukraine. Then I became Captain George.”

Captain George is a street performer — or “busker” — who sings and plays music in public places to earn cash. In countries across Europe, as well as in China, Hong Kong, Malaysia, Kazakhstan, and Africa, he’s busked, performing mostly rock and punk-rock tunes using a cache of instruments, including a guitar, foot drum, and amplifier. 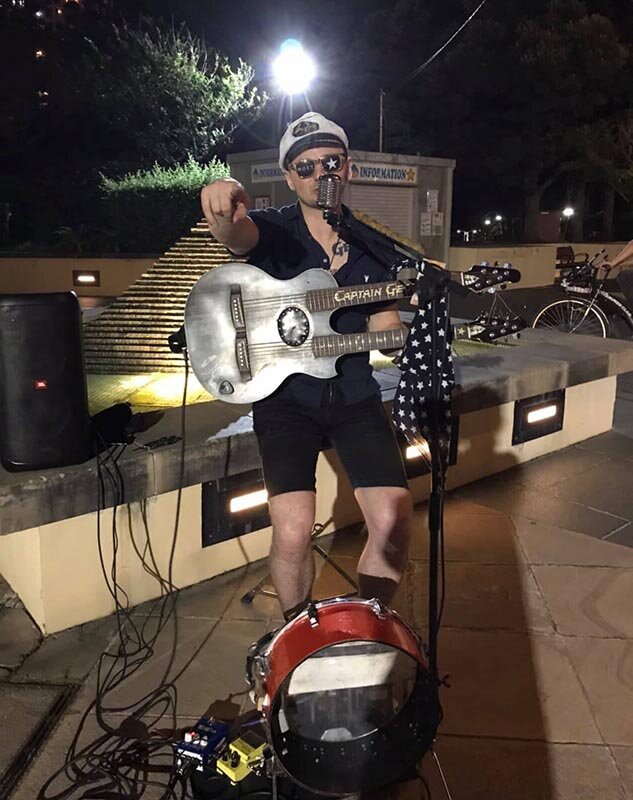 If you want to suffer real pain, watch a video of him on YouTube
oh really?
Top