Not an altar boy, for a change:

Detroit woman suing N.C. pastor who peed on her on plane in multimillion dollar lawsuit

A Detroit woman has sued a North Carolina pastor and his church in a multi-million dollar lawsuit after he urinated on her while on an airplane earlier this month, according to court documents.

Alicia Beverly, 25, hired attorney Geoffrey Fieger to sue the Raleigh pastor and the church he works with for over $2 million after he peed on her while she was asleep on a Delta flight from Las Vegas to Detroit on October 13.

Fieger claims that the pastor had a blood alcohol content above .17 when he was taken into custody by Detroit police when the plane landed. In Michigan, it is illegal to drive with a BAC of .08 or higher.

“It is difficult to believe that a church would hire a Pastor who boarded a plane drunk and has a proclivity to urinate on passengers. Considering the times we are living in, nothing surprises me anymore," Fieger said in a statement announcing the lawsuit Thursday.

According to the lawsuit that was filed with the Wayne County Circuit Court, the pastor is being sued for committing acts of negligence, gross negligence, willful and wanton misconduct, sexual assault and battery and infliction of emotional distress against Beverly.

The lawsuit also states that the church is being sued for negligent hiring, training, supervision and/ or intervention and vicarious liability. The lawsuit claims that the church "owed duties to the general public to properly hire, train and retain employees that could perform their job duties in a non-negligent manner and refrain from injuring the public."

According to the lawsuit, Beverly has suffered from severe emotional and mental distress, anxiety, fright, shock, humiliation, grief, embarrassment, mortification and inability to experience social pleasures and enjoyment.

Beverly, who was on the flight with her sister, put a mask over her eyes and went to sleep shortly after takeoff. About 45 minutes into the flight, Beverly felt something warm touching her and woke up.

When Beverly opened her eyes, she saw the pastor standing next to her with his pants unzipped and his penis out, the lawsuit states. Beverly screamed and an off-duty officer restrained him.

Selma priest removed from church over photos and accusations of sex, drugs, and weapons

FRESNO, Calif. (KFSN) -- A Catholic priest with a past got removed from his church in Selma this weekend over a story of sex, drugs, and weapons.

"You don't expect a priest to be packed, to have those type of weapons," said legal analyst Ralph Torres.

The Roman Catholic Diocese of Fresno got a restraining order to protect church employees -- all the way up to Bishop Joseph Brennan -- from one of their own priests.

Father Guadalupe Rios still has his name on the church marquee at St. Joseph's Church in Selma, but the man himself is not allowed within 100 yards of the property.

Several parishioners told us they knew Rios was either in a gang or affiliated with one, as the diocese mentioned in their application for a restraining order against him.

Parishioners have also seen social media photos of Rios with an AK-47 or an AR-556 or a .357 Magnum.

So they were afraid to be interviewed.

"The fact that he is having photographs published like that, to me, would be a little disturbing and certainly something you would think the bishop would've nipped in the bud," said Melanie Sakoda, a survivor support specialist for the Survivors Network of those Abused by Priests.

We asked Sakoda to weigh in because the the diocese also accused Rios of physically and emotionally abusing the church secretary who said she had a physical and romantic relationship with Rios for five years. 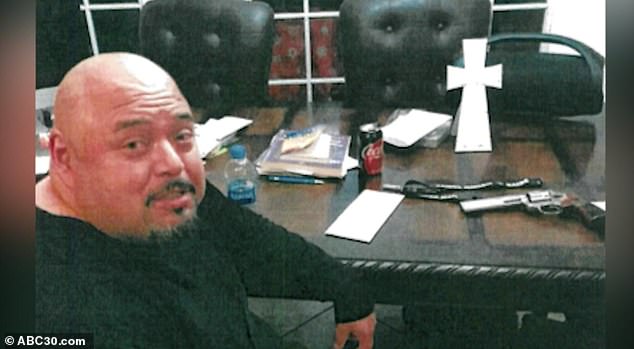 Should we open a "Fundies & cash" thread?


Evangelicals fight in court over $3.3M raised for Holocaust survivors

Evans is accusing Franklin of withholding $3.3 million of the $4.5 million raised. Franklin, who heads the 14,000-member Free Chapel church of Gainesville, Georgia, denies the accusations.

Two prominent evangelical figures are fighting in court over millions of dollars raised for Holocaust survivors.
Mike Evans, a Christian Zionist from Texas, last summer sued Georgia pastor Jentezen Franklin in connection with a fundraising campaign they launched in 2017 to benefit Israeli Holocaust survivors, the Washington Post reported last month.
Evans is accusing Franklin of withholding $3.3 million of the $4.5 million raised. Franklin, who heads the 14,000-member Free Chapel church of Gainesville, Georgia, denies the accusations.
The lawsuit, filed in US District Court for the Northern District of Georgia, accuses Evans of fraud and conspiracy.
Both men belong to an informal group of evangelicals that advises President Donald Trump on religious matters, according to the Post. Franklin’s son, Drake, works as faith outreach director for the Trump campaign. 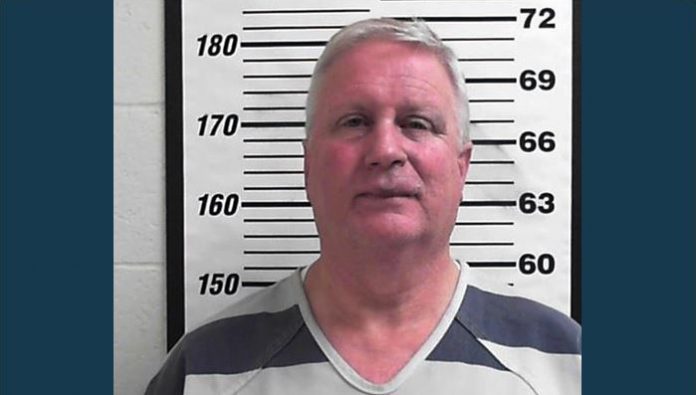 SALT LAKE CITY, Utah, Nov. 17, 2020 (Gephardt Daily) — A former bishop of a Kaysville ward of The Church of Jesus Christ of Latter-day Saints will be sentenced Wednesday after pleading guilty in Federal Court to one count of possession of child pornography.

Timothy James Hallows, 62, faces a possible sentence of up to 20 years in prison, a fine of up to $250,000, and a maximum of five years of supervised release. Any violation of the terms of his supervised release could require he be returned to prison, according to information from the Department of Justice, District of Utah.

Former church leader gets 125 years in prison for rape 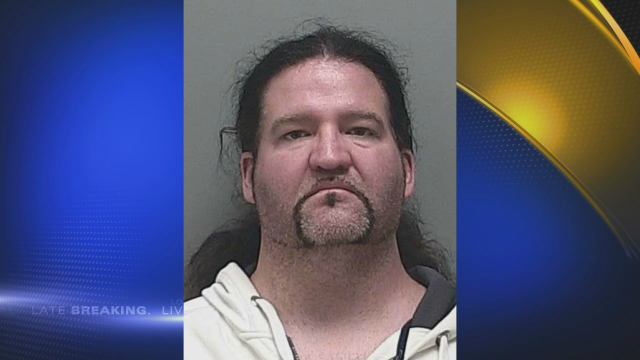 EUGENE, Ore. – A former music ministry leader at a local church was sentenced to 125 years in prison for rape on Tuesday.

Thompson has been in custody since August 2018 when he was accused of abusing a young girl he babysat. Court documents said the abuse happened between 2012 and 2018.

He had been involved with Christ Fellowship Church in Eugene. KEZI 9 News talked to a former church elder after his arrest who said the church had since closed and the pastor had retired.

In response, the diocese pledged "full cooperation" with authorities.

It is the first suit to come from a state inquiry that began in 2018. Seven other dioceses are under investigation.

Announcing the lawsuit on Twitter, Ms James promised to bring those responsible to justice.

"While we will never be able to undo these horrific acts, we will do everything in our power to hold the Buffalo Diocese and its leadership accountable and ensure this never happens again."

The lawsuit, which included a 218-page report on the two-year investigation into the diocese, alleges that though leaders found sex abuse complaints to be credible, they protected the accused.

They also failed to properly supervise or monitor these priests, the lawsuit claims.

By instead marking them as "unassignable", the accused were able to retire or take leave, while receiving benefits, rather than being potentially removed from the clergy by the Vatican.


A prestigious New York City priest has been accused by a Bronx woman of forcible touching.

Ashley Gonzalez, a 22-year-old who worked as an overnight security guard at St. Michael the Archangel Church on West 34th Street in Manhattan, is calling for the arrest of 75-year-old Father George William Rutler.

For what it's worth, a guy wearing a clerical collar walks barefoot through the neighborhood reading from what I'm told is a Missal.

He may be associated with the big 'ole Catholic church behind me house or not. In any case I would flat do him.

TMI?
... The stars were suns, but so far away they were just little points of light ... The scale of the universe suddenly opened up to me. It was a kind of religious experience. There was a magnificence to it, a grandeur, a scale which has never left me. Never ever left me.
Carl Sagan
Top

Bro, just because I keep the kudzu down there under control... ahem...
... The stars were suns, but so far away they were just little points of light ... The scale of the universe suddenly opened up to me. It was a kind of religious experience. There was a magnificence to it, a grandeur, a scale which has never left me. Never ever left me.
Carl Sagan
Top

I already see the headlines:

Even his missal was desecrated!

Ampleforth college says it will appeal against education secretary’s decision

The government has ordered one of England’s most prestigious Catholic boarding schools, Ampleforth college, to stop admitting new pupils as a result of “very serious” failings.

Scandal has surrounded the private school in recent years and an independent inquiry into child sexual abuse published a highly critical report in August 2018 that said “appalling sexual abuse [was] inflicted over decades on children as young as seven”.

Ampleforth’s abbot, Cuthbert Madden, was removed from the post that year following allegations that he indecently assaulted pupils. Madden has denied the claims.

His replacement, Deirdre Rowe, stood down as acting head after 10 months in the role following the release of a highly critical inspection report that found the school did not meet standards for safeguarding, leadership, behaviour, combating bullying and complaints handling.

The Department for Education (DfE) has now launched enforcement action against the 200-year-old institution in North Yorkshire after ruling it had failed to meet safeguarding and leadership standards following an emergency Ofsted inspection.

Ampleforth has said it will appeal against the ruling because, it argues, the order is “unjustified and based on incorrect information”.

The letter, which was published by the DfE on Friday, highlighted concerns from a number of inspection reports from January 2016 onwards.

“The SoS [secretary of state, Gavin Williamson] also had regard to the fact that the school is failing to meet the ISS [independent school standards], including standards relating to safeguarding and leadership and management, and in his view, these failings are considered to be very serious,” it said.