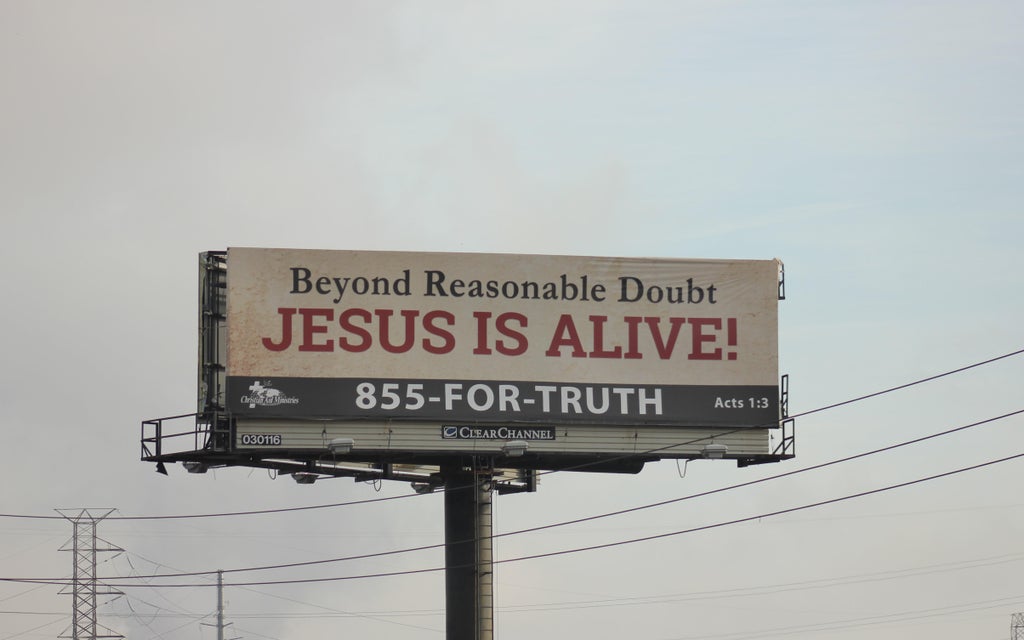 The South Carolina Supreme Court has ruled that Gov. Henry McMaster violated the state’s Constitution when he decided to give away $32 million to fund, among other things, Christian indoctrination.

Some background is helpful here. In July, McMaster announced a new program called Safe Access to Flexible Education (SAFE), which offered families a one-time $6,500 grant for private education during the upcoming school year. The schools involved could be religious schools.

The grants were intended for lower income families; a family of four would need to earn less than $78,600 to qualify. The first 2,500 grants would be given to anyone who wanted them (and met the requirements); the rest would be selected via a lottery program. But the money could be used for any independent school in the state… which was a fancy way to say parents could theoretically use up to $32 million in taxpayer money to fund their kids’ religious indoctrination.

The grant money recipients were required to have “good standing” in certain accreditation programs… but the programs on that list included the South Carolina Association of Christian Schools (which has 66 member schools) and the Association of Christian Schools International (28 schools). Other acceptable programs like the South Carolina Independent School Association had at least 50 schools affiliated with religion in their names.

There was some overlap there, but basically, any school that knew how to fill out basic paperwork could qualify. It was hardly a buffer.

Here’s why this went beyond church/state separation alone: The SAFE Grants website said participating schools could not “discriminate on the basis of race, color, or national origin.” What they didn’t say was that discriminating against LGBTQ people was perfectly fine. If a school refused admission to students — or fired teachers — because they’re Jewish, or the wrong kind of Christian, or engaged to a same-sex partner, or transgender, that was not a barrier to receiving this money.

The Freedom From Religion Foundation also pointed out that these grants would be given to schools that lack any real accountability. FFRF sent a letter to McMaster denouncing the program and listing four specific concerns: Using taxpayer money to fund religion, the lack of accountability, the damage it would do to public schools, and the potential for taxpayer-funded discrimination.

More to the point: The program appeared to violate the state’s Constitution: Article XI, Section 4 says public funds cannot be used for “any religious or other private educational institution.”

But given the U.S. Supreme Court’s June decision in Espinoza v. Montana Department of Revenue, which permitted public funding for private education, there was a fear this scheme could work.

In late July, after a lawsuit was filed alleging this program violated the state constitution, a district court judge issued a temporary restraining order preventing any disbursement of money via the SAFE program. The case eventually made it to the state’s Supreme Court.

Abdul Alhazred wrote: ↑Fri Nov 13, 2020 2:49 pm Another one of those they keep trying and keep failing sort of things.

Yeah, tiresome to have to write "the cockroaches always crawl back". 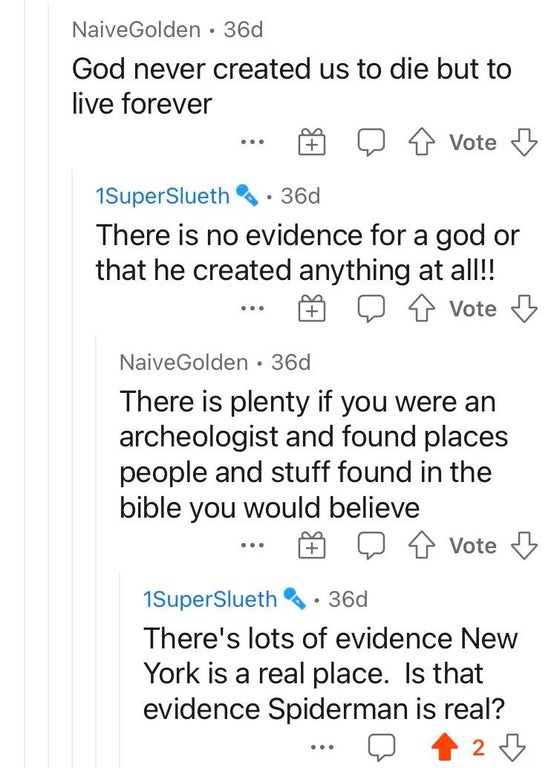 The U.S. Cardinal Crusading Against the Catholic President-Elect

Sixty years later [after JFK], Joe Biden is the second Catholic ever to win the presidency, and this time the criticism isn't from outside the Catholic Church, but from within, with conservative American Cardinal Raymond Burke leading the charge, painting Biden as an anti-Catholic not fit to lead.

In the months leading up to the election, Burke was on a campaign of his own, stumping for the thrice-married incumbent President Trump while pleading that Biden is “not a Catholic in good standing” over his views on abortion and birth control. Burke said Biden should not receive communion at Catholic mass and should not tout his faith. “I don’t understand why Catholics who are involved in politics can’t get this straight in their heads, but they should,” Burke told the Catholic Action for Faith and Family association, for which Burke is a spiritual adviser, in an interview that was run by the popular conservative Catholic website Lifesite. “If someone says, ‘I’m a devout Catholic,’ and at the same time is promoting abortion, it gives the impression to others that it’s acceptable for Catholics to be in favor of abortion. And of course, it’s absolutely not acceptable. Never has been. Never will be.”

Biden is not Burke’s only target. He has also condemned Pope Francis for his recent remarks on extending civil rights to same-sex couples. Burke, whose office did not respond to multiple requests for comments, accused Francis last month of inciting “error and confusion with words that do not correspond to the constant teachings of the Church,” when the pope commented in a documentary that he supported legal rights for gays. “To speak of a homosexual union, in the same sense as the conjugal union of the married, is misleading, because there can be no such union.”

The pope did not respond directly to Burke’s criticism of himself or the president-elect, but he did call Biden Friday to congratulate him. In a readout of the call, which was confirmed by the Holy See press office, the Biden-Harris transition team said Biden “thanked His Holiness for extending blessings and congratulations and noted his appreciation for His Holiness' leadership in promoting peace, reconciliation, and the common bonds of humanity around the world.” The two then discussed shared interests including “caring for the marginalized and the poor, addressing the crisis of climate change, and welcoming and integrating immigrants and refugees into our communities.”

Time to tax all these meddling Catholics (and the other cockroaches too).
Top

The mayor of a Tennessee county on Alabama’s northern border says COVID-19 cases are increasing there, but he won’t order residents and visitors to wear masks until “the Holy Spirit” moves him to do so.

It isn’t that he’s anti-science, Lincoln County Mayor Bill Newman said today. He’s an Auburn University-trained veterinarian and understands science, he said. “(The virus) is science and it’s true and I do believe masking helps prevent the spread of it,” Newman said. “But I don’t feel I should mandate people wearing masks at this time.”

Newman said he keeps up with the COVID-19 numbers in Lincoln County, directly north of Huntsville, Ala., where he is chief executive in a Tennessee system that has county mayors to run the state’s smaller counties.

Lincoln County is mostly rural with about 34,000 residents, and Newman said about a third of those head south to Huntsville and Madison County every day for work. It is Trump Country with 78 percent of its vote on Nov. 3 going to the president and it has had 1,322 COVID cases since the pandemic began, according to state numbers.

Newman said he takes any big decision to God for guidance. And in his Baptist denomination, Newman said, that guidance comes from the Holy Spirit. “The Holy Spirit dwells within us,” Newman said. “It’s a heart thing. It’s not a mind thing. But you’re using all your God-given (talents), your physical or mental or spiritual, all those things. When I pray for guidance, I may not know the answer immediately.” 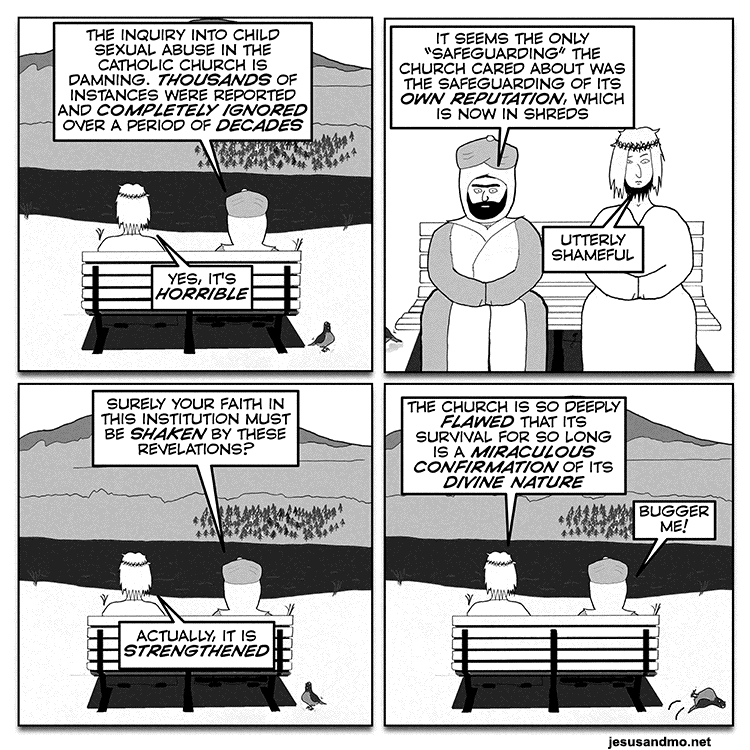 Was it the Pope himself, or does someone else actually control his Instagram account on a daily basis? I'm guessing it's actually somebody else or multiple other people. They probably forgot who they were logged in as. 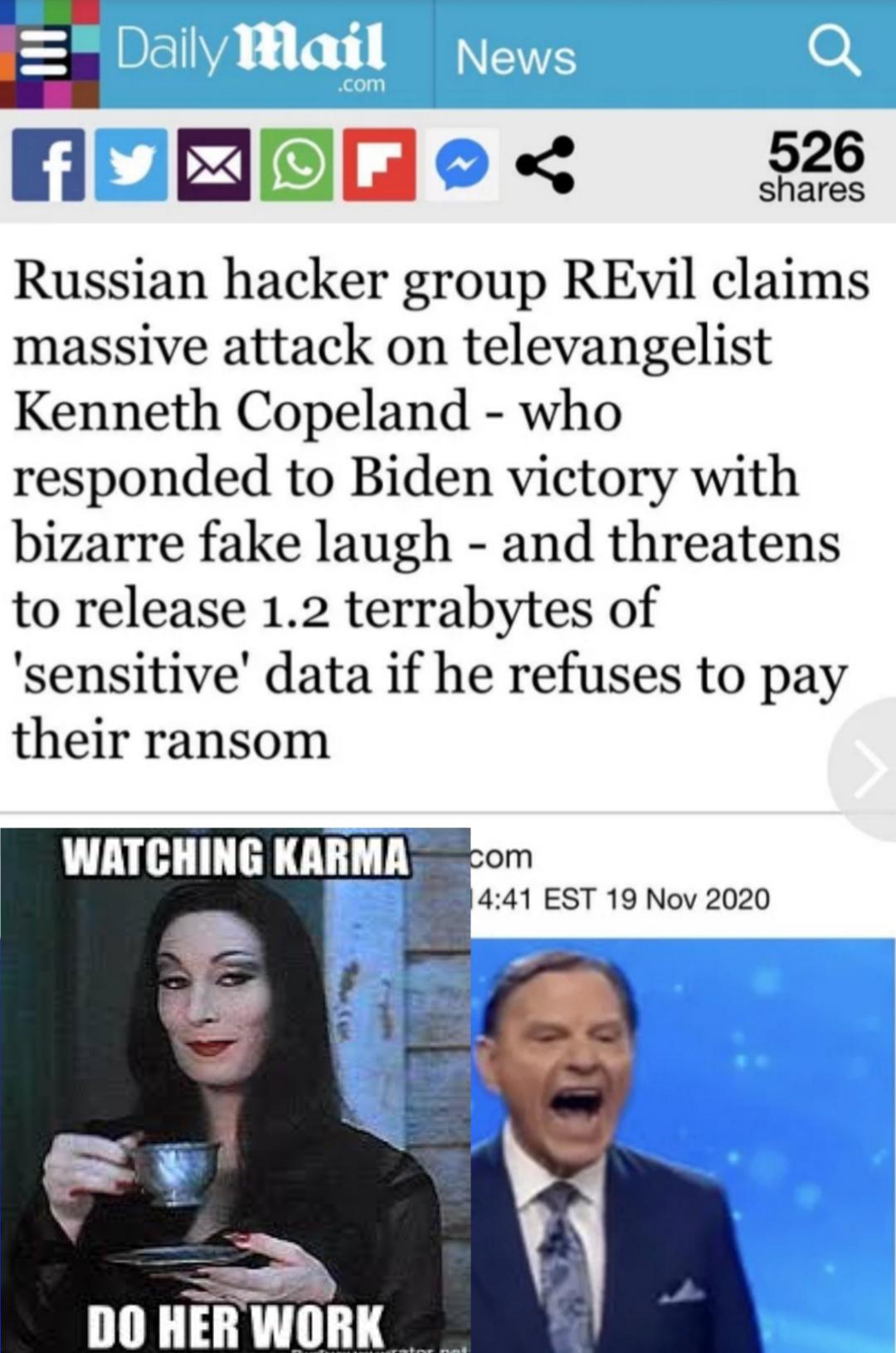 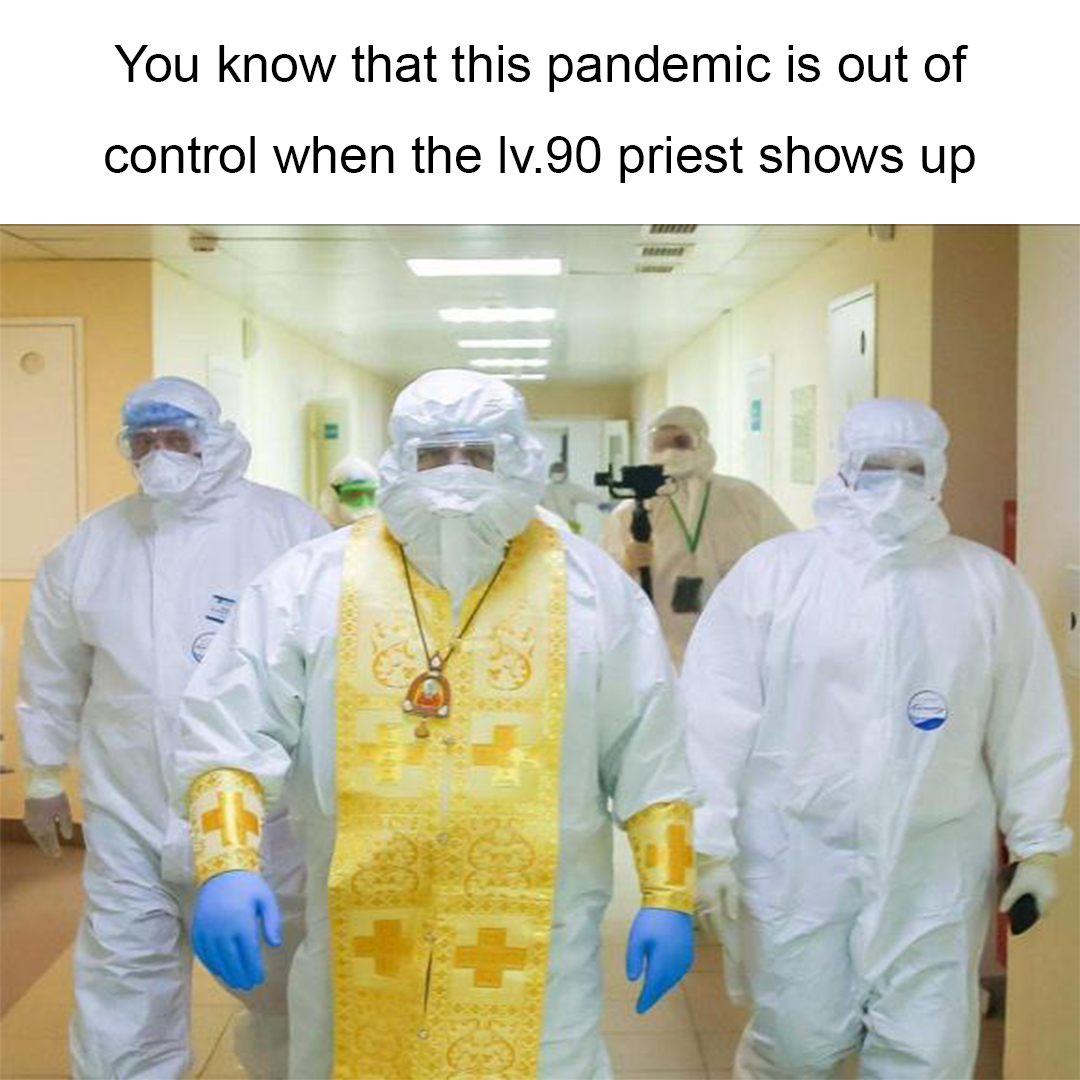 József Szájer apologised for attending what he called a "house party." According to local media in Belgium he tried to climb out of a window to evade police. 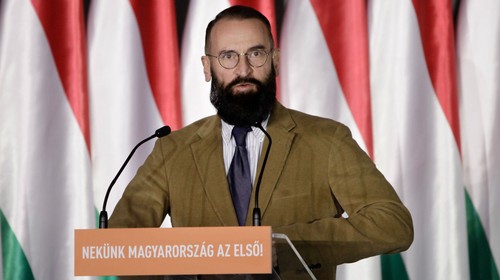 On Tuesday, it was reported in Belgium that police had broken up a sex party involving 25 people above a bar in the centre of Brussels, only several hundred metres from the Belgian capital’s main police station.

The reports, including in local paper La Derniere Heure, said that several diplomats and at least one unnamed MEP were present. The MEP is reported to have attempted to escape police by climbing out of a first floor window, and then claiming European Parliament immunity.

When he resigned unexpectedly on Sunday, Szájer issued a statement saying that his decision came after a period of “extended soul-searching”.

Fidesz has waged an assault on LGBTQ rights in Hungary since coming to power in a so-called defence of what it terms “Christian values”.

This year alone, the Hungarian government has ended gender recognition for transgender people and legislated to ensure that only heterosexual married couples can adopt children. 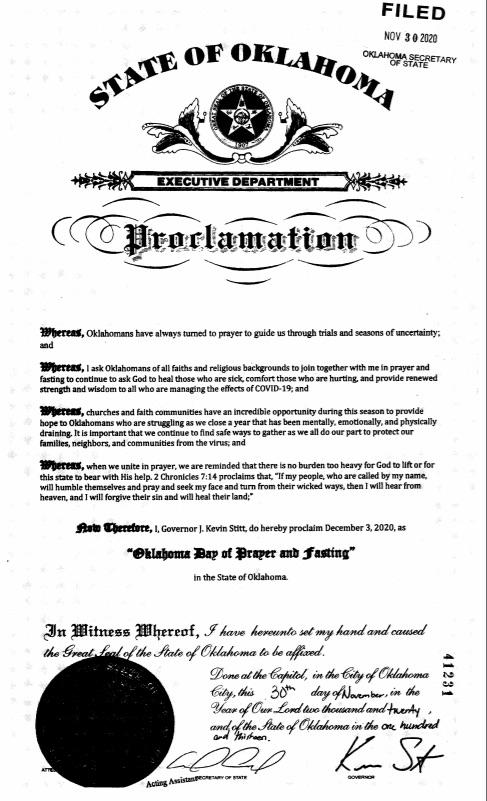 And what disgusting typography. 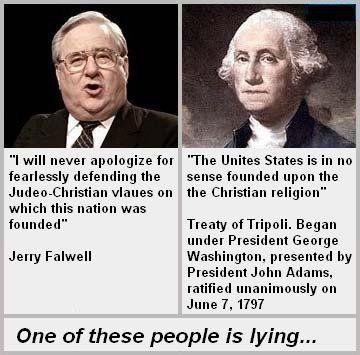 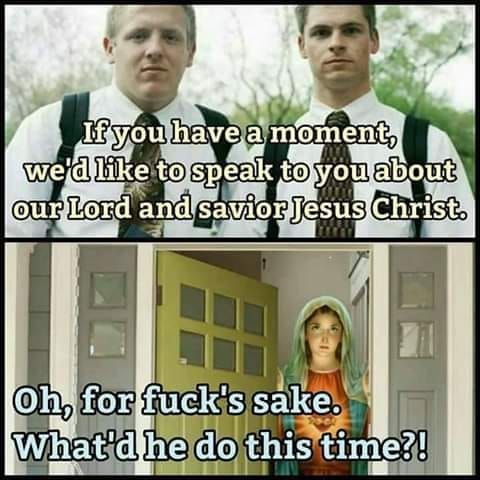 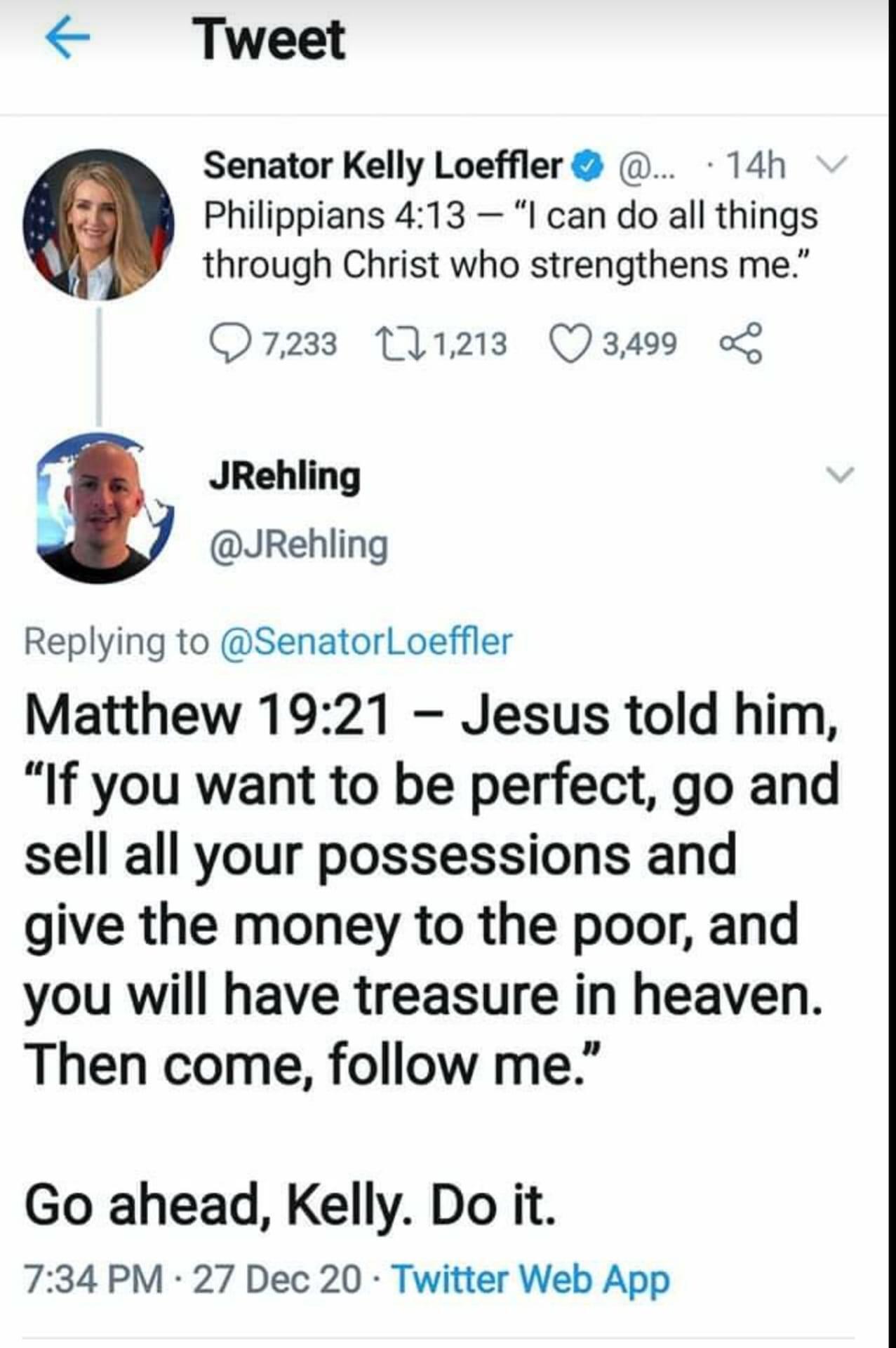 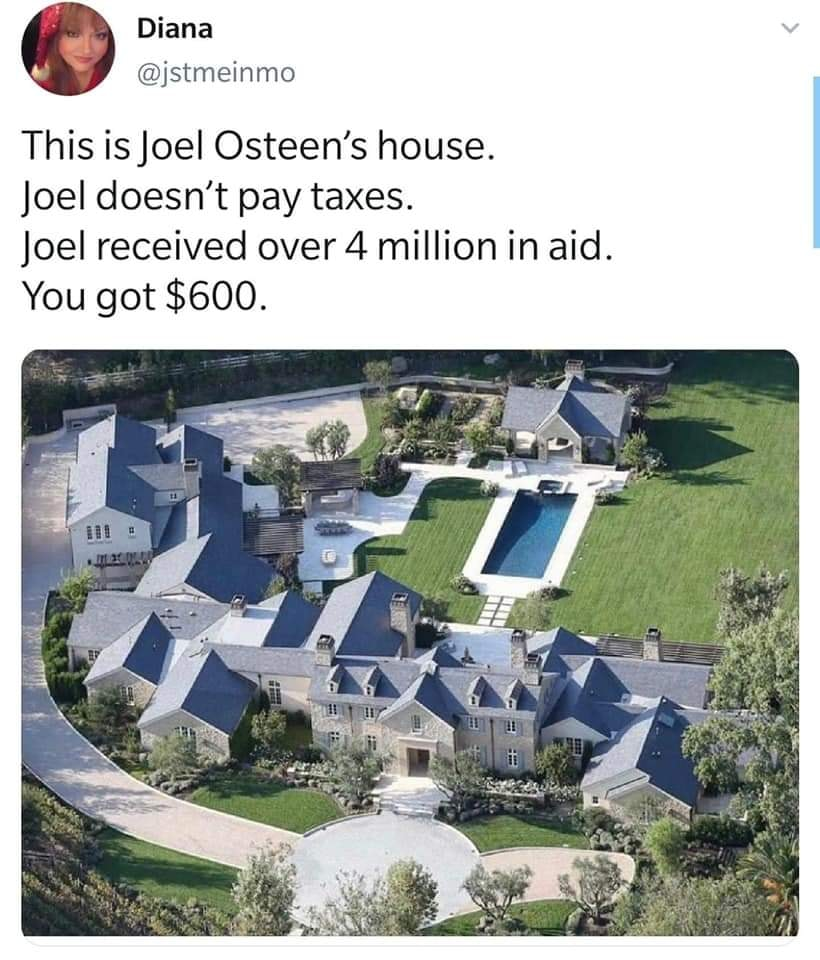 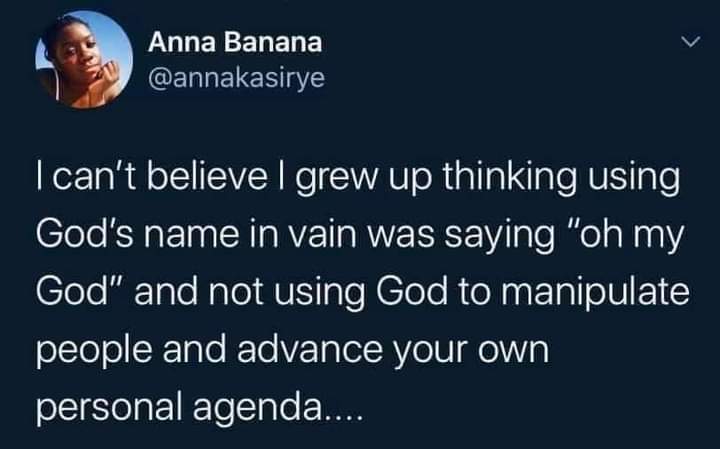 Didn't know Ted Cruz had such a colorful dad:

The U.S. Is Retreating from Religion

By 2030, say projections, a third of Americans will have no religious preference

Since 1990, the fraction of Americans with no religious affiliation has nearly tripled, from about 8 percent to 22 percent. Over the next 20 years, this trend will accelerate: by 2020, there will be more of these "Nones" than Catholics, and by 2035, they will outnumber Protestants.

The following figure shows changes since 1972 and these predictions, based on data from the General Social Survey (GSS): 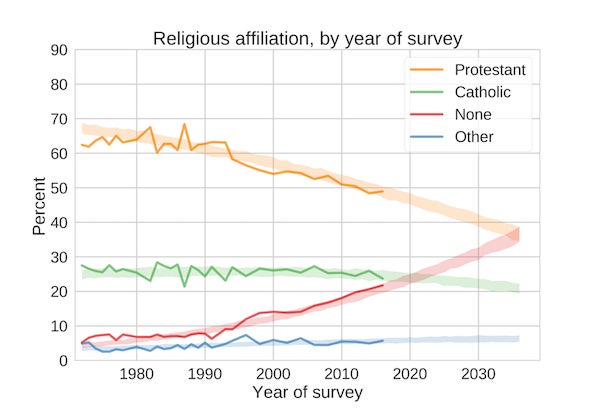 We can get a better view of generational changes if we group people by their year of birth, which captures information about the environment they grew up in, including the probability that they were raised in a religious tradition and their likely exposure to people of other religions. The following figure shows the share of people in each religious group, for birth years from 1880 to 1995: 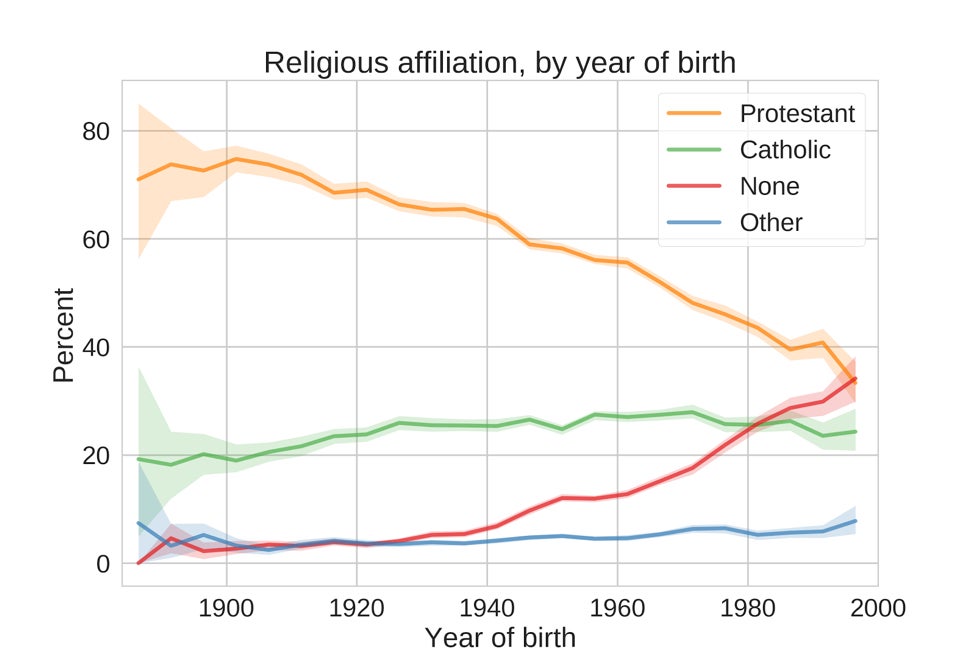 Fucking dumbth goes on forever.
You can lead them to knowledge, but you can't make them think.
Top 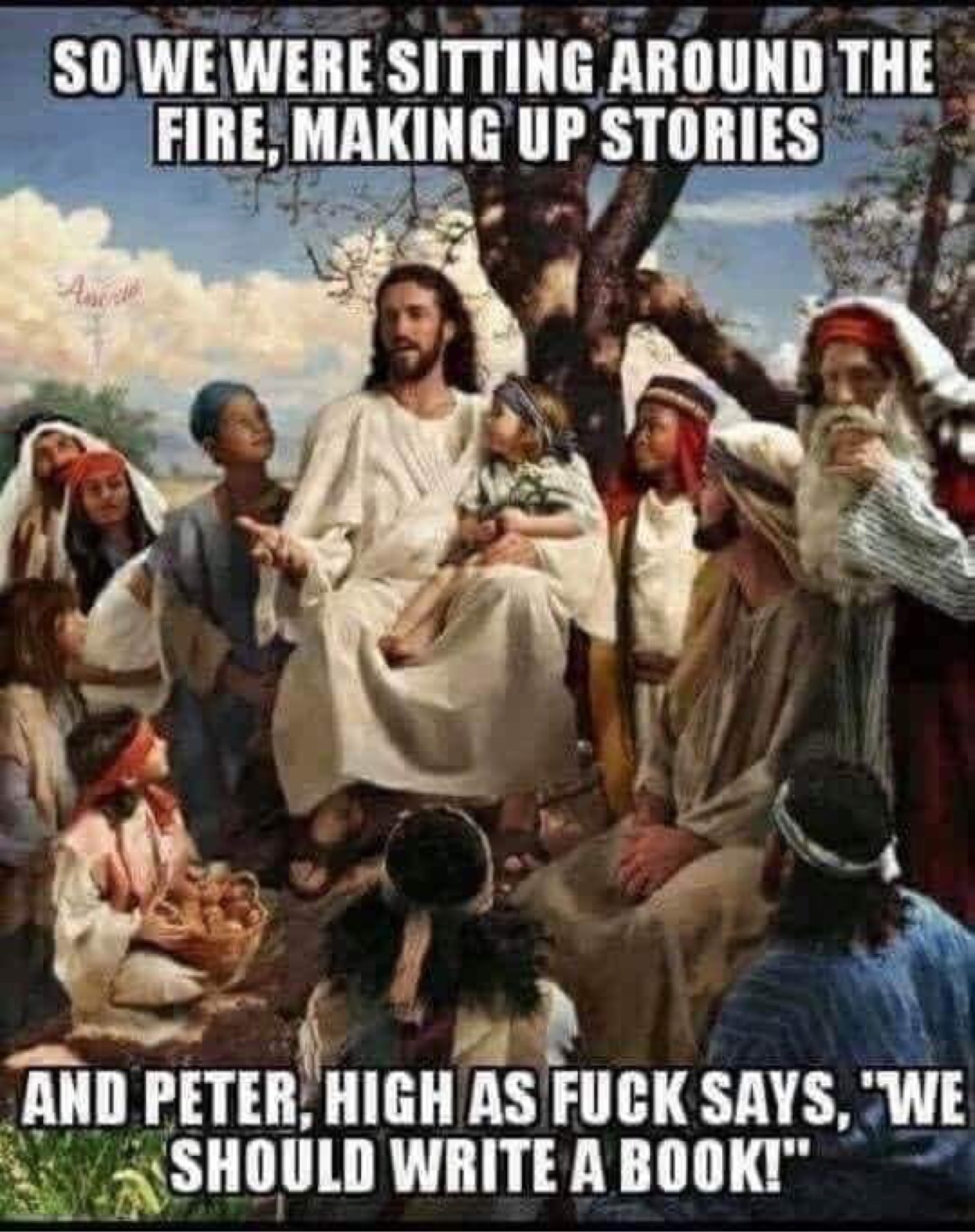 Somebody shut that cunt up.
You can lead them to knowledge, but you can't make them think.
Top

SALT LAKE CITY — A bill on Capitol Hill would require any cell phone sold in Utah to come with a filter on it blocking pornographic material. While bill sponsors say it's to protect children, it faced a lot of opposition at a House committee hearing Wednesday.

If they don't, the manufacturer could face a couple thousand dollars in fines. If a child gets access to "harmful material" on that device, the manufacture could also face a penalty.

But that's why many said HB 72 is problematic, poking holes in the legislation during Wednesday's hearing that ended with putting the bill on hold.

This exposure, she said, would affect him for years-- leading to a negative impact on his marriage, on being a father and on his work and social interactions. 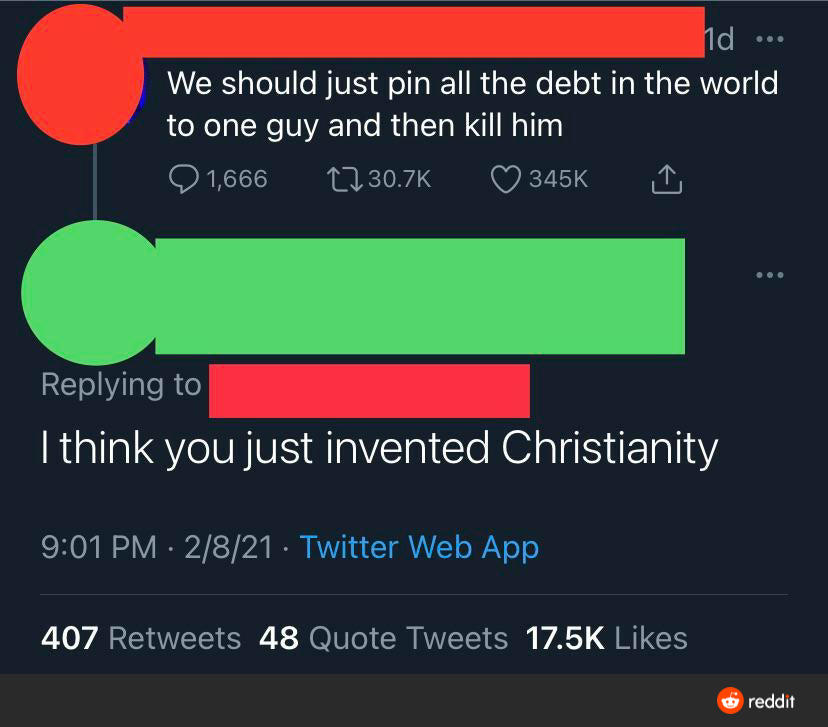 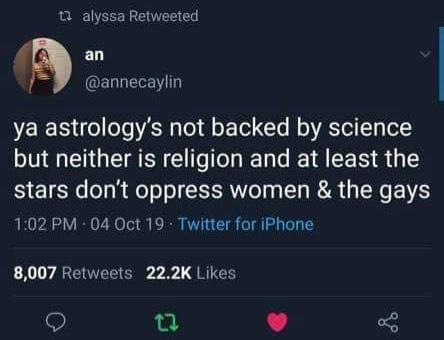 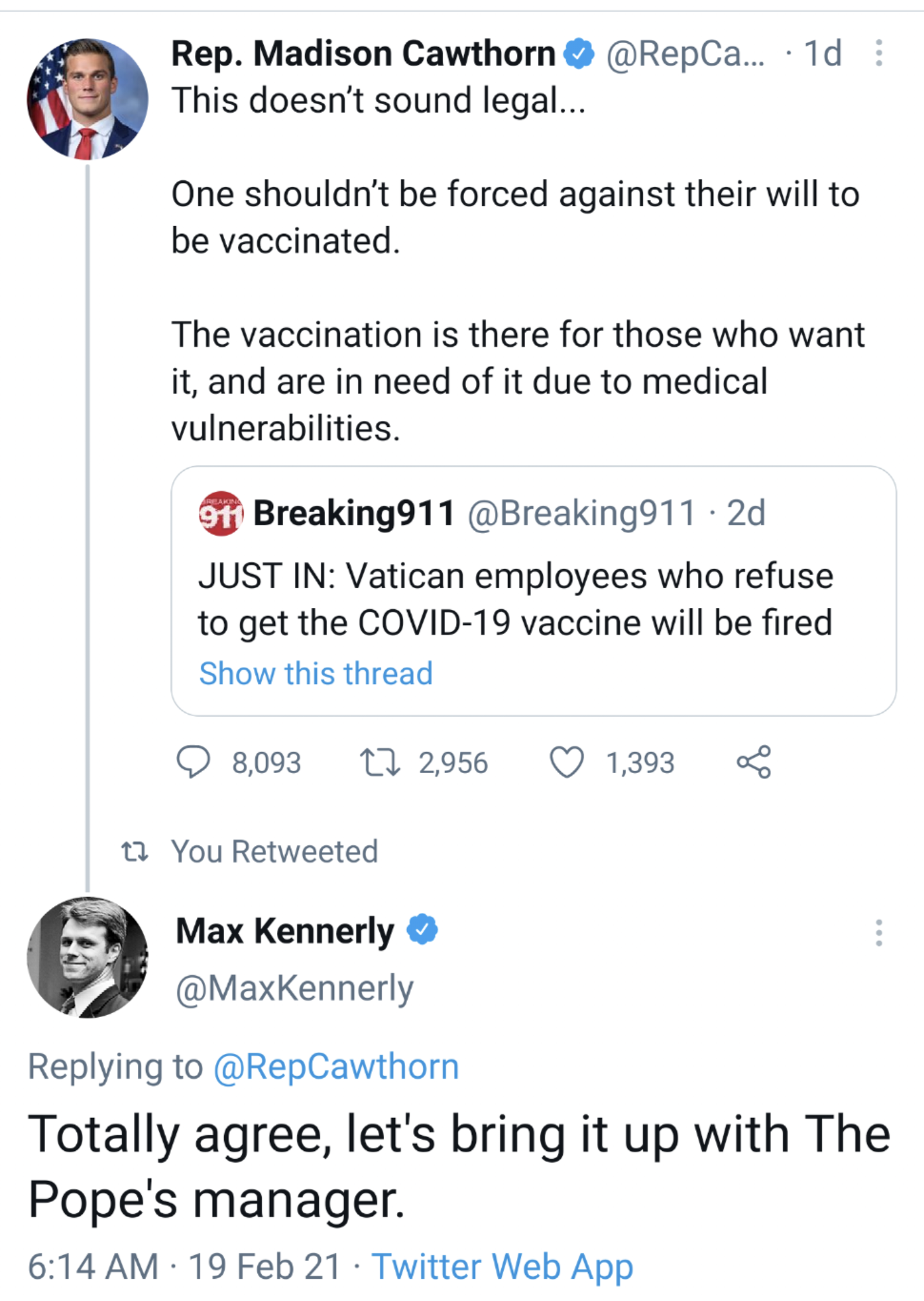 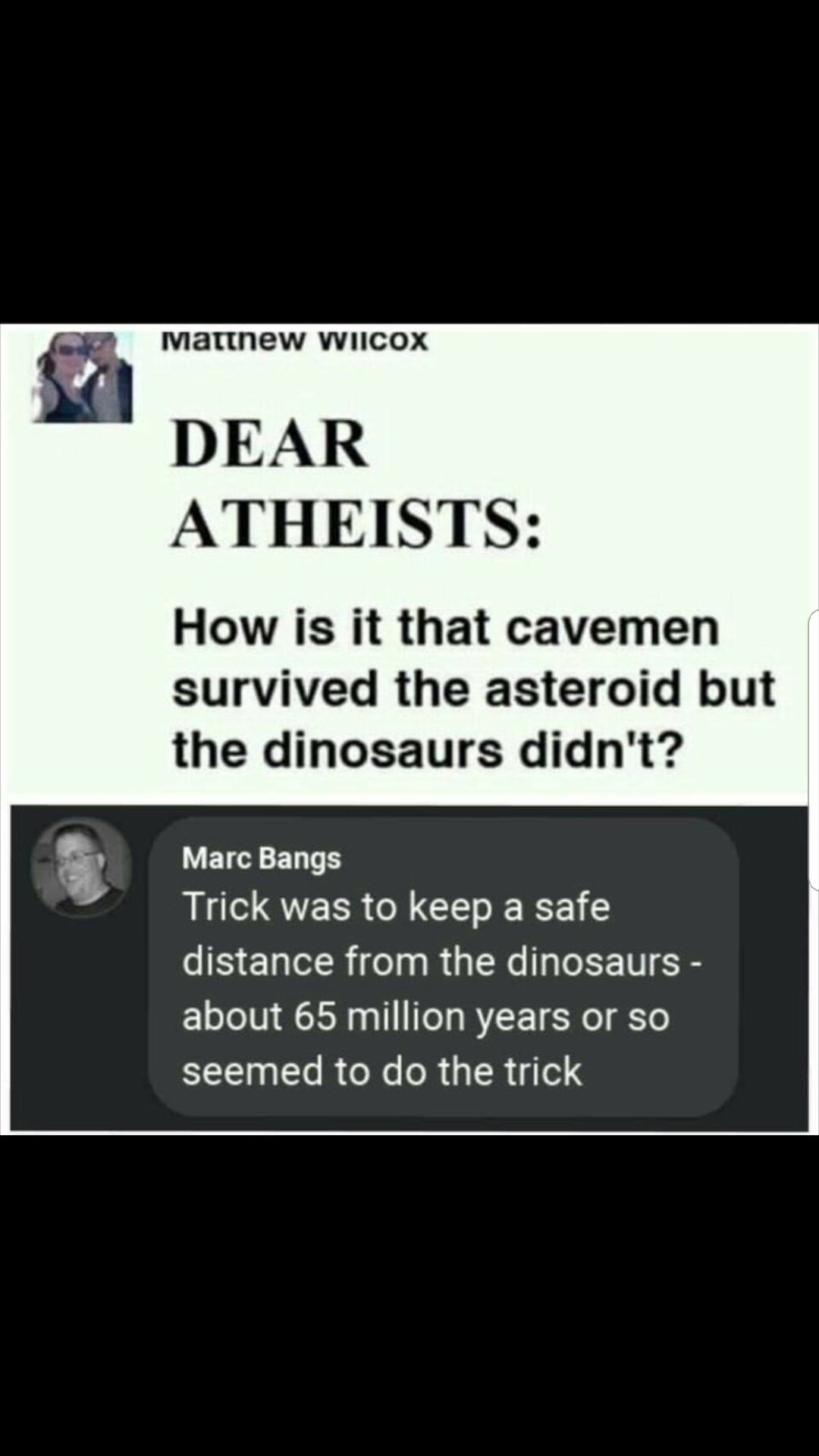 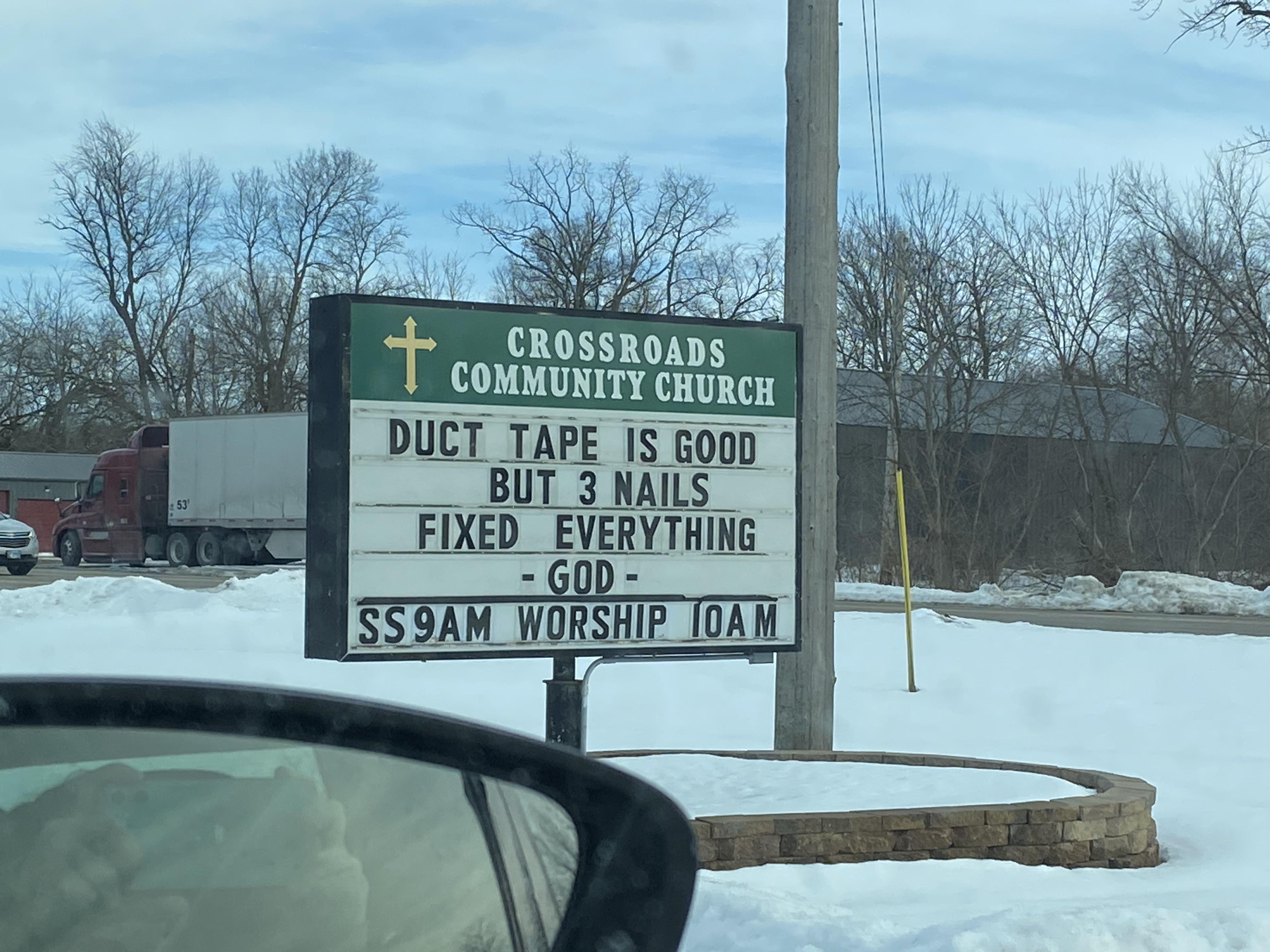 Well boy howdy some swingin' dick signs off as (caps on) GOD ? Yeppers I'm sho' nuff gonna show there next Sunday.
... The stars were suns, but so far away they were just little points of light ... The scale of the universe suddenly opened up to me. It was a kind of religious experience. There was a magnificence to it, a grandeur, a scale which has never left me. Never ever left me.
Carl Sagan
Top 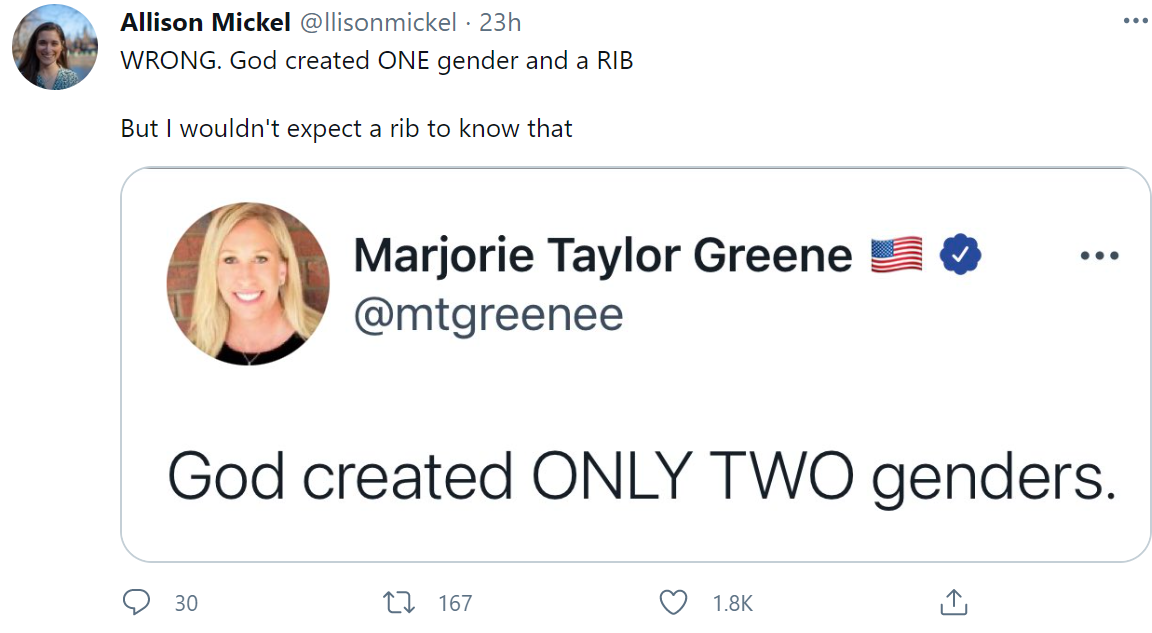 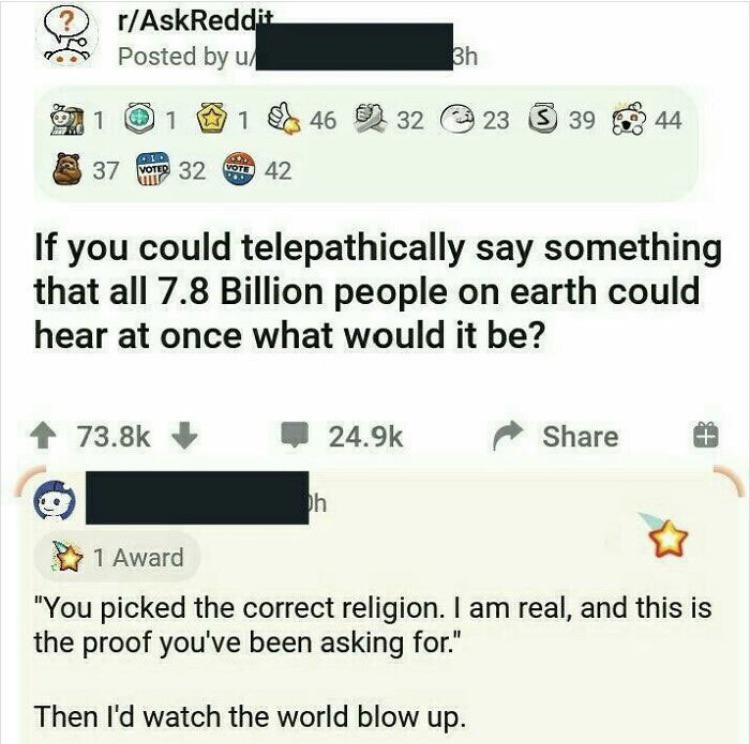