Record low water levels in the Danube have uncovered parts of an old Budapest bridge blown up by the Nazis in the final months of World War II.

Pictures have emerged of the structure — which linked the districts of Buda and Pest in the Hungarian capital — just under the surface of the water.

But remains of the old bridge are not the only revelations from the river’s unprecedented water levels.

Two-thousand gold and silver coins were among items discovered around 15 kilometres downstream from Budapest, at Erd.

They are believed to come from a ship that sunk in the middle of the 18th century, according to Ferenczy Museum.

Archaeologists helped to excavate the haul — which also included weapons, spades, cannonballs and swords — and are racing to recover everything before water levels rise. 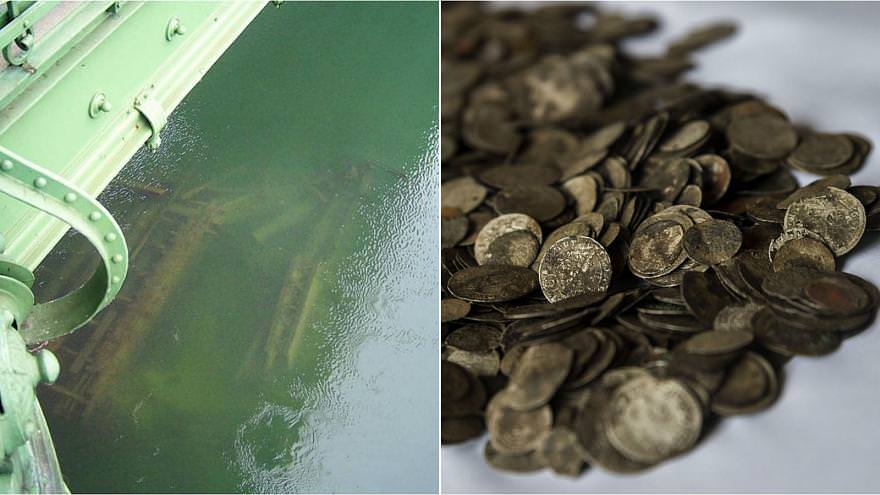 Re: Low Waters in Budapest

Did Budapest used to be two cities, one called Buda and the other called Pest?

Re: Low Waters in Budapest

"Yes! A BIG REWARD!" ====> Click here to turn in a sicko
The arc of the moral universe bends towards chaos.
People who believe God or History are on their side provide the chaos.
Top
3 posts • Page 1 of 1