This is our lounge area. Feel free to come in and get acquainted!
207 posts

Assigning a gender to an object is arbitrary (I vaguely remember some old joke about Latin mentula (dick) being feminine and cunnus masculine.)

In a way Froggies (or Krauts) have it easy thanks to the article which unambiguously tags the gender: le / la or un / une. It just sinks in when you learn to talk.
What clues did you native English speakers use?


It gets more hairy with things like country names:

As you can see sometimes le / la is elided to l' (before a vowel), or it's a plural (les is used for both genders) or the country's name goes without an article. But all are (in French) either masculine or feminine:

(I'd love to see similar maps for English!)

A dude on Quora had this strong opinion about English country names, but I'm not really convinced:

What do you think?


And, last but not least, gender assignments are often incoherent from one language to another (even staying inside the Indo-Germanic [or Indo-European

"She" for a country is strictly la-dee-dah.

"They" if the country name is plural.

Yeah, countries don't really have genders in English, and certainly not "he".

Sometimes you might refer to a country or a ship as "she," but that's just to be poetic or "la-dee-dah" as Abdul states. Or archaic. Maybe they did that more in the past.
A fool thinks himself to be wise, but a wise man knows himself to be a fool.
William Shakespeare
Top 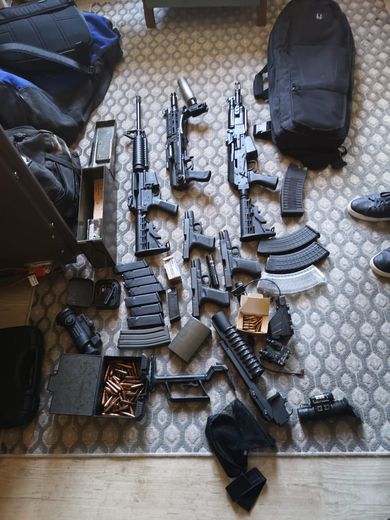 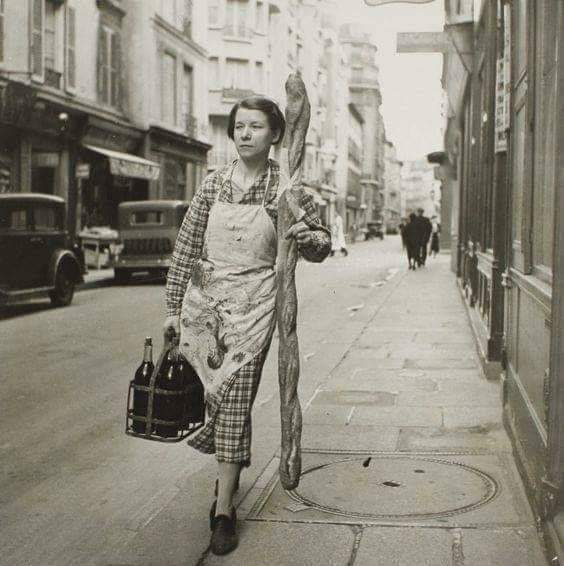 Europeans are so cute that they don't bear thinking about.
Wenn ich Kultur höre, entsichere ich meinen Browning!
My indifference is boundless

Europeans are so cute that they don't bear thinking about. 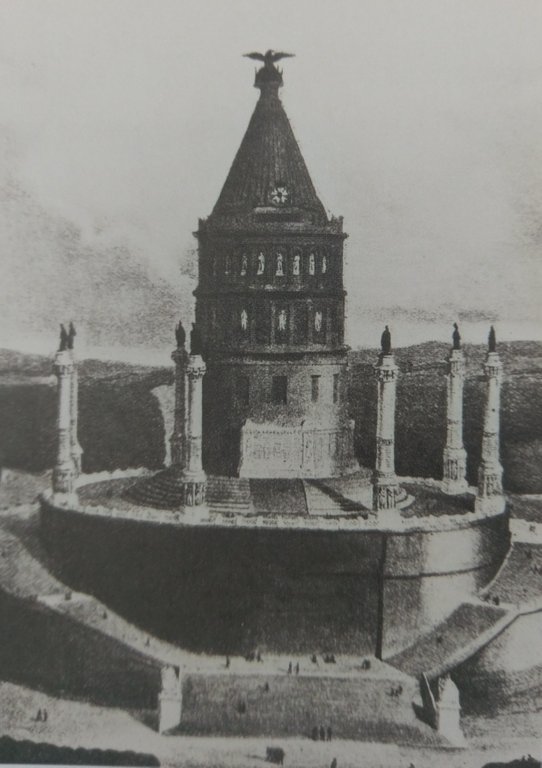 A fox in a henhouse got way more than it bargained for when a group of killer chickens turned the tables on their traditional foe and pecked it to death.

The henhouse was located at an agricultural school in France and the fox likely entered the coop at dusk last week and got trapped inside as hatch doors close when the sun goes down, AFP reported.

The body of the fox was discovered the following morning by students at Le Gros Chêne school in Brittany when making a routine check on the creatures.

“There, in the corner, we found this dead fox,” Pascal Daniel, the head of farming at the school, told AFP. “There was a herd instinct and they attacked him with their beaks.”

For comparison, the real Napoleon's tomb.

I'm not quite getting what the joke is about the rejected design.

Only as an afterthought: as you read (?) the Wiki page, you know that Les Invalides host three museums, two embassies (on the "Esplanade"), fifteen courtyards, the highest church in Paris and were commissioned in 1670. Long before the little corporal's fame and fall.

Apart from its pompous ugliness, look at the scale. That thing is (well, would have been) monstrous. 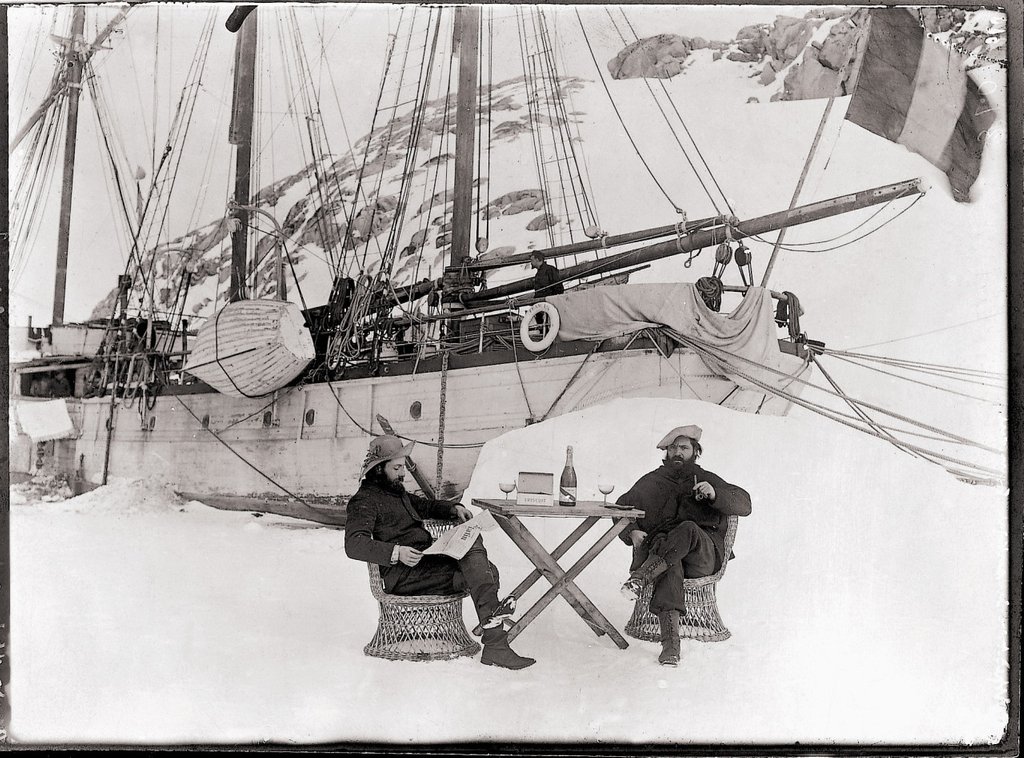 Looking again I see how big it was supposed to be.

Grant's tomb in NYC is modeled on Napoleon's, but the building is not as large.

Clashes have erupted at a protest by fairground workers in the French city of Le Mans, who are demanding the right to set up stall in the town centre.

Police pushed back hundreds of demonstrators as rioters targeted the city hall, where staff were evacuated. There are reports of injuries.

At one point protesters occupied the city's railway station.
[…]
Who are the fairground workers?

Known in French as forains, they travel from town to town providing street entertainment such as fairs and circuses, and are recognised as a profession, with trade union representation.

Some 35,000 families are said to be involved in the business across France. 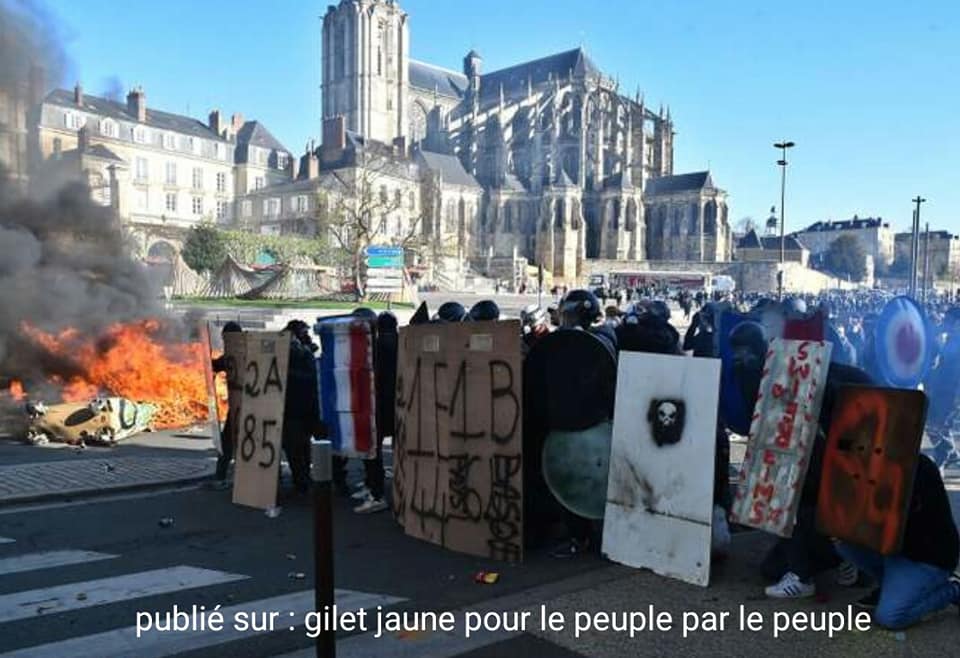 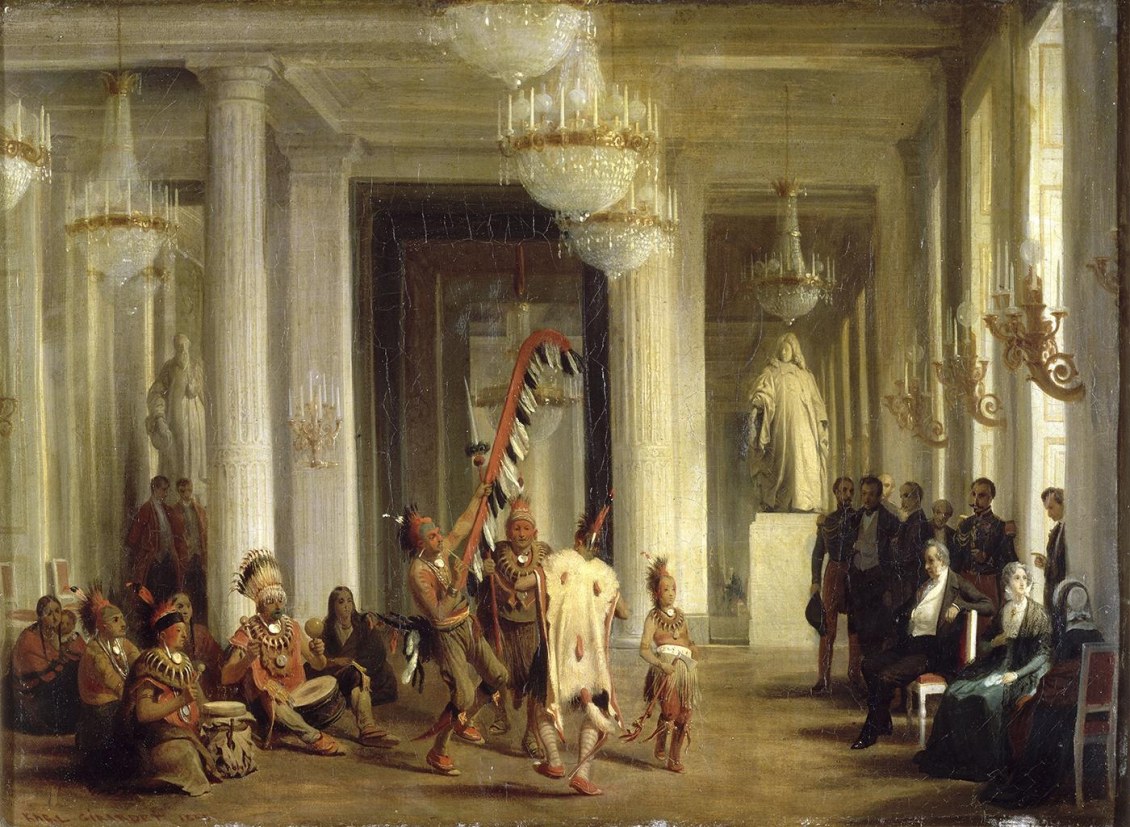 Louis-Philippe watching a Hovas [Iowa, I presume?] Indian dance in a salon of the Tuileries palace.

Part of the European tour of George Catlin's "living" museum. 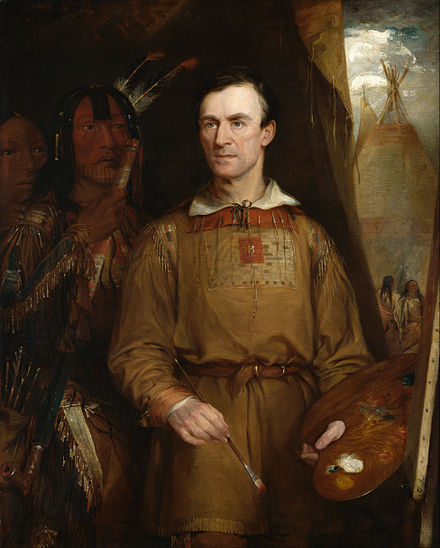 ↑ Very superficial. You can make fun of lots of True Froggyweirdness™, e. g.: 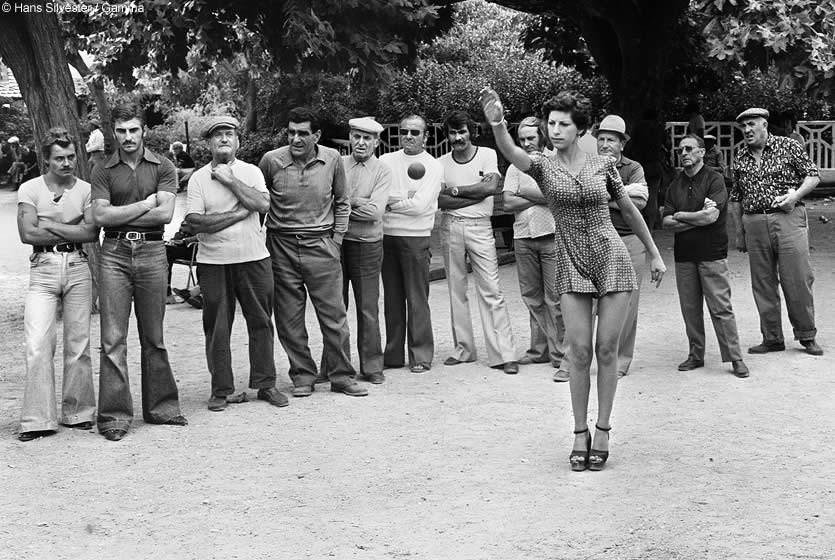 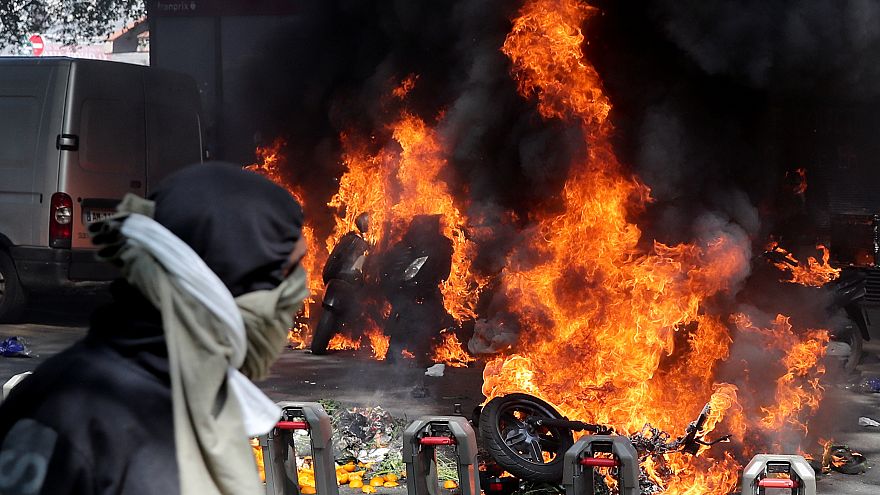 (Pro tip: if you say "Gilets Jaunes" it sounds more sophisticated and worldly than "Yellow Vests".

Personally I have a hard time finding any sympathy for people who use violence and destruction to get their way.
A fool thinks himself to be wise, but a wise man knows himself to be a fool.
William Shakespeare
Top 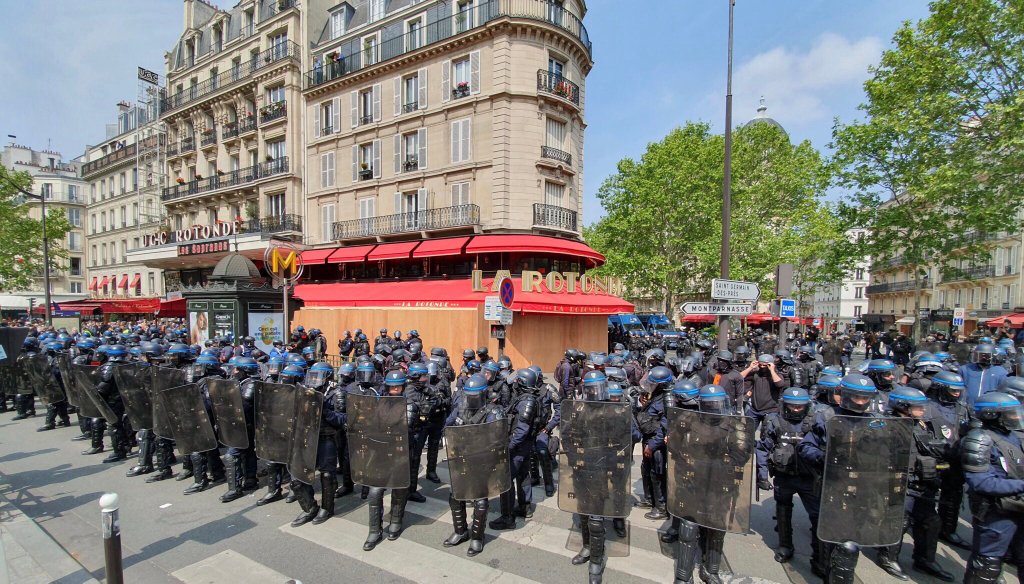 On the evening of the first round of the French presidential election, 2017, Emmanuel Macron and members of his entourage celebrated the result at La Rotonde; the move was criticized as premature and complacent, viewed as reminiscent of Nicolas Sarkozy's widely-criticized post-election celebration at Fouquet's in 2007.