This is our lounge area. Feel free to come in and get acquainted!
28 posts

It started with simple crosses, marking the spot where a person died. Annoying for the mowing crews, but tolerable.

Then they got larger and larger. People started including flowers, pictures, poems letters, and flags. Don't we have graveyards for this sort of thing?

Now it's getting bizarre.

There's a shrine at the intersection of 495 and 95 when exiting for 495 north bound. Dead sheriff apparently. They made a shrine with a cement mounted base. They bolted his boots to the base and a little hat rack for his hat. It's directly under the giant exit sign so that you can get the maximum distraction while you're making a sharp turn, knowing that someone died right here. Don't ogle too long or you might be next.

The strangest one I've ever seen showed up about a month ago, right on a sharp curve on a narrow back road in a wooded area on my way home. Apparently, a teenager crashed his car into a tree right there. You can still see the damage on the tree, but instead of having the tree cut down, the family turned it into a distracting shrine. They basically cleared out the dead teenager's room and piled up everything in front of the tree. Some of the items are mounted on the tree. These items include a skateboard (nailed onto the tree), a pair of sneakers (hung from the tree), framed pictures, a giant Spongebob plush toy, t-shirts, and a large assortment of other items you would expect to see in a teenager's room.

I don't get it. Why do this? Why place personal items of the deceased in the spot where they died, especially when it's in a place that can distract other drivers and cause another accident? Do they want you to see their pain? Do they think their deceased loved one would have wanted it that way? Does the graveyard ban this sort of thing?

What's next? An embalmed body in a display case? It was terrible. She didn't even see the apple coming. Well, time to get back to the diamond mine.
Such potential!
Top

What's always kind of struck me is the arbitrariness of who gets a shrine and who doesn't. There is a spot here in Carson where someone managed to hit a phone pole and have their car catch fire and they died. Kind of a nasty way to go. This had to have been at least 20 years too. Still someone has managed to keep putting a steady supply flowers and (for reasons I can't fathom) Christmas Tree tinsel on the phone pole and, though I am not sure this has anything to do with the shrine, though I suspect it does, they even have kept the pole in its charred state in that spot for all these years.

On the other hand, I also know of a spot where a motorcyclist managed to biff a turn and get thrown from his bike, across a sidewalk and into the post of a chain link fence. The only shrine he got is that you can still see where the fence is a little bit mangled. And I have always wondered why the phone pole guy gets a shrine sustained for a couple of decades while the motorcycle guy doesn't even warrant a wreath. Was the motorcyclist friendless, was he an asshole, did the phone pole guy just happen to have a crazy friend or relative who can't let go? What was the difference?
Top

In one town not far from where I grew up, a drunk guy managed to off road all the way into a canal, where he died. They eventually paved the canal over as it wasn't really used or needed any longer. There's a big gravestone like marker where that dumbass drove his car off.

Roadside shrines are pretty common around here. So those car decal things, you know, people who stick those decals on their car "in memory" of so and so who died on such and such date.
Top

The QE II is starting to look like a 300 km long grave yard. There's a number of shrines to families or just the kids in the car who got offed due to stupid drivers. I don't notice the same density of shrines on the other highways around here, so don't know if it's due to traffic density, or the driving ability of people going between Edmonton and Calgary.

There's more jackasses on HWY 63 to Ft Mac (Jacked up diesel 4x4's driven like they're sports cars have garnered the moniker "Rig Rocket" due to the oil industry/oil rig worker association) but not as many deaths....yet.
Nineteen tequilas later, we had a deal.
You are my density. (G. McFly)
As my daddy always said, always check the fine print for penectomies. (punchdrunk)
Opinions aren't like assholes, because I don't know anyone with a million assholes.
Bettie Page set the standard for fetish models. (selwynator12/5/2008 5:34:37 PM)
Rugby players eat their dead.
Top

Doesn't feel like 7 years since I posted this. I live in Massachusetts now and a number of shrines are peppered around this state too. Some are recent, so the trend isn't going away.

It used to bother me, but now in like, fuck it. I want a shrine too. If I die on the highway, I want a big flashing neon sign with an arrow that says Bruce died right here. Under the arrow, I want a bronze cast of my hand giving the finger. And I want a plaque that says, Bruce wanted it this way. Show some respect.
Such potential!
Top

This kind of shit is nothing more than littering and those responsible for it should be fined and/or jailed.

Dumb fuckers.
You can lead them to knowledge, but you can't make them think.
Top

Didn't it start with Diana? At least, that is my earliest recollection of spontaneous leaving of crap.

Probably a human trait, leaving stuff. A bit of virtue signalling too I'd wager.
About that stereo
Top

It started with Our Lady of the Underpass.

Nah, it'a been around for a very very long time. In the south it was happening in the sixties. It's also a marker for the last place a person was alive, while a gravestone is where the body is laid.

But, sometimes a shrine happens at the grave. Jim Morrison is a good example of a spontaneous shrine. Early seventies, was before Diana.

The ancient Roman custom was to put a painting or statue of a domestic deity (lare) at each crossroads.

Because people would light candles and lamps and shit at the lares at night, they became known as "protectors" of the area. (and since on a dark night a light at an intersection actually was a good fucking idea, they sort of were)

When Christians took over they kept doing it. They are fucking everywhere in Italy
Last edited by robinson on Tue Sep 10, 2019 4:16 pm, edited 3 times in total.
♪ ♫ ♩ ♬ "

Those roadside shrines could be used for good, but of course the government is in charge so that will never happen.

Even so, if I see multiple shrines in one place, I know good and damn well I am at a very dangerous piece of roadway, or an intersection.
♪ ♫ ♩ ♬ "

robinson wrote: ↑
Tue Sep 10, 2019 4:11 pm
Even so, if I see multiple shrines in one place, I know good and damn well I am at a very dangerous piece of roadway, or an intersection.

I would stop to photograph a few near my house but they are in very dangerous stopping points.
Top

Back in the hometown there is an intersection where a bunch of people met their fate. There isn't a single marker, of any kind, to tell you this. Just a sign that says "dangerous intersection", flashing lights and that is it.

If the roads leading up to it had signs stating the facts, like "In the last 50 years 34 people have died in this intersection", it might make a difference.

OK probably not considering what assholes people turn into behind the wheel, but still, they should give you a fucking idea of what you are racing into.
♪ ♫ ♩ ♬ "

My impression is that society slowly moves from extolling afterlife and its rewards (or punishments for the naughty) to just naive, albeit sincere, praise of life in the real world. 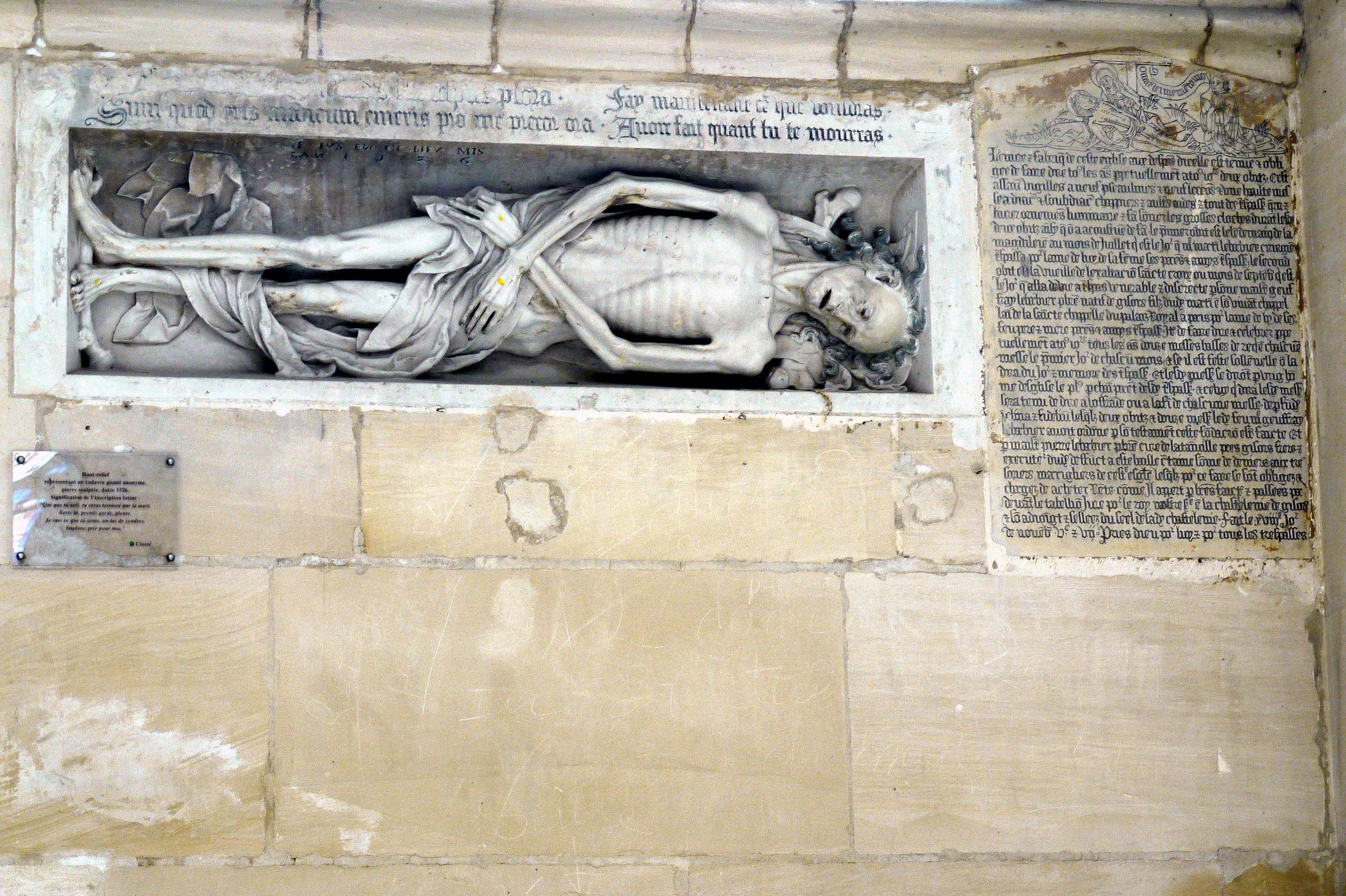 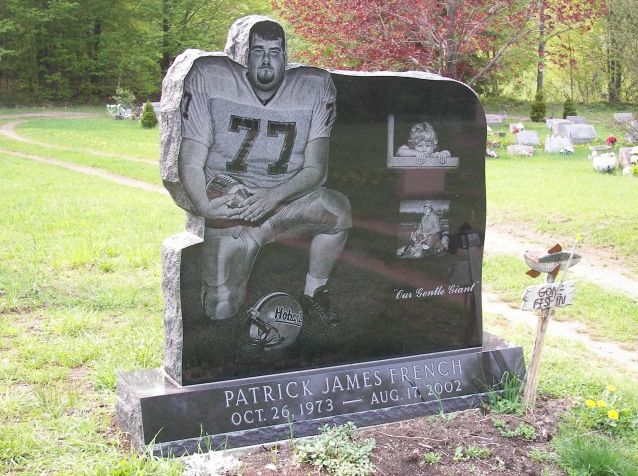 In local cemeteries I've seen toys & figurines on the tombs, and if they could drag in other "cherished possessions" they'd probably do it – Egyptian style, in a way.
Top

We need what the ancients knew. Real shrines to the dead. Not this stone slab in a cemetery shit.
♪ ♫ ♩ ♬ " 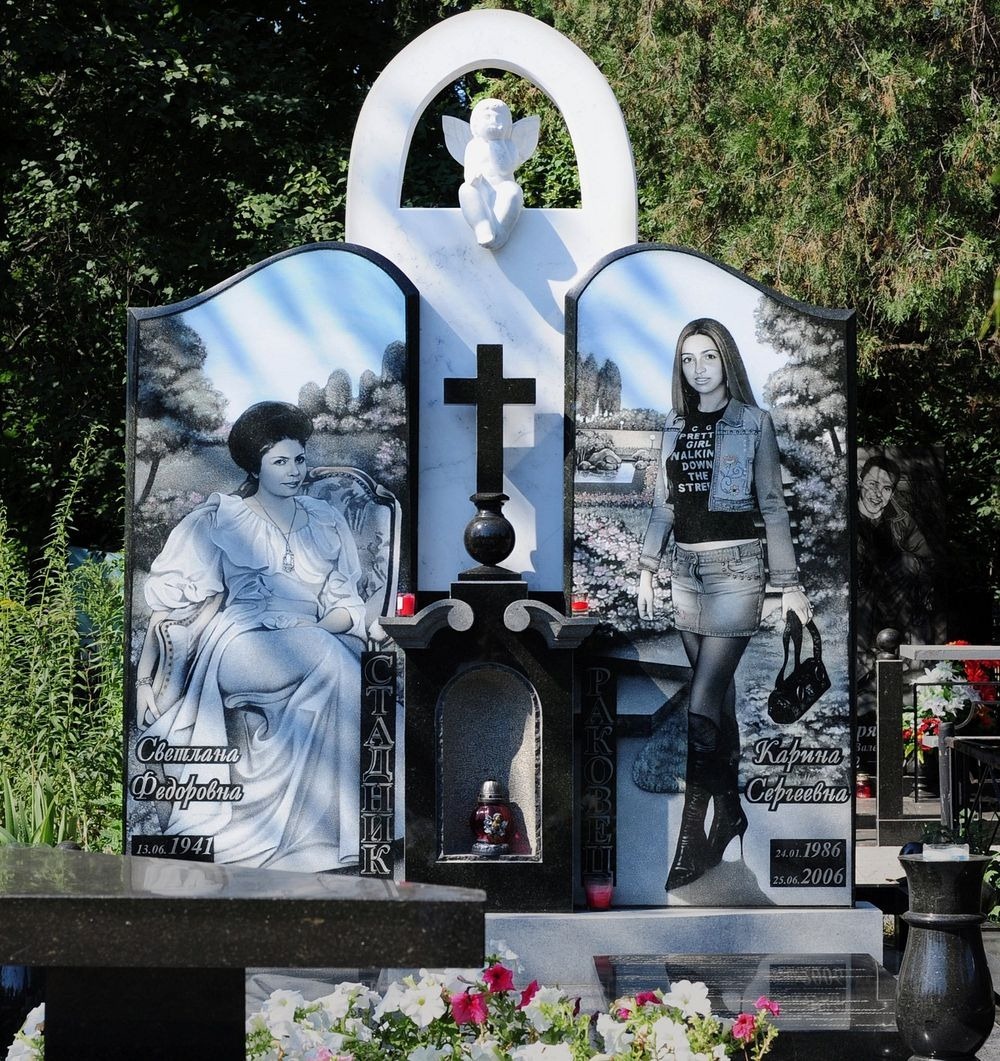 ↑ I voluntarily abstained from dragging in the Russian mafia.

When I was a kid, my parents used to vacation at Lake Havasu, Arizona. There is a cove there called Jeep’s Cove, which had a cross painted on the side of the rocky wall where a water skier (Jeep) impacted. Even as a kid, I remember thinking everyone involved (boat driver, skier, boat-cake passengers) would have to be fucking idiots to try a high speed whipsaw turn inside that small, rocky cove. But, hey, at least he got his name on the map.
"Don't trust China. China is asshoe."
Top

You have much better self control than I do.

shuize wrote: ↑
Tue Sep 10, 2019 10:58 pm
When I was a kid, my parents used to vacation at Lake Havasu, Arizona. There is a cove there called Jeep’s Cove, which had a cross painted on the side of the rocky wall where a water skier (Jeep) impacted. Even as a kid, I remember thinking everyone involved (boat driver, skier, boat-cake passengers) would have to be fucking idiots to try a high speed whipsaw turn inside that small, rocky cove. But, hey, at least he got his name on the map.

Who's the fella in back, off to the right?
"If fighting is sure to result in victory, then you must fight! Sun Tzu said that, and I'd say he knows a little bit more about fighting than you do, pal, because he invented it, and then he perfected it so that no living man could best him in the ring of honor. Then, he used his fight money to buy two of every animal on earth, and then he herded them onto a boat, and then he beat the crap out of every single one. And from that day forward any time a bunch of animals are together in one place it's called a zoo! (Beat) Unless it's a farm!"
--Soldier, TF2
Top
28 posts