This is our lounge area. Feel free to come in and get acquainted!
7 posts • Page 1 of 1

Wow. Just fucking wow. I suppose I shouldn't be surprised as I've watched my kids text with their thumbs and been amazed. The article links to the typing test wherefrom this data was collected.

I think the caveat is that most thumb-typers are still not really touch-typers ... they can't type if they can't see the keyboard. I'm sure there are exceptions. I suppose that's not really an issue though as most texting content comes directly from the brain; they aren't copying some other source.

I can't text worth a shit. I might achieve 5 wpm on a good day. My excuses are 1) I text very infrequently and then only with relies like ok, yes, no, or call me, and 2) my thumbs are just too damn big.

Still, I took the test on my laptop and was surprised at the results. 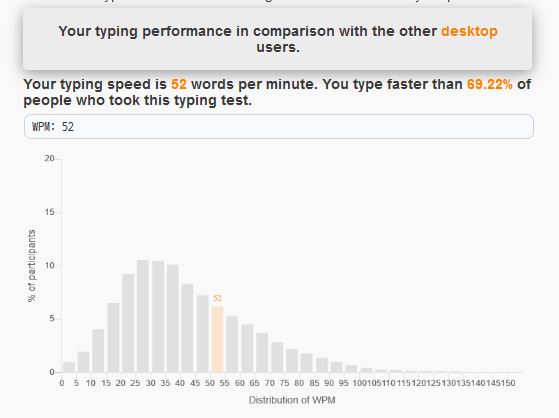 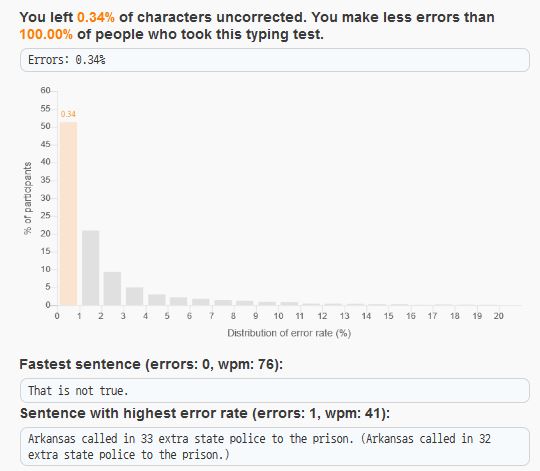 It seems my touch-typing skills have actually improved a little (10 wpm) from the last time I took such a test ten or so years ago.

My skills on a number pad have utterly disappeared. I used to do what is the equivalent of 100 wpm but I went without a number pad for years and lost that skill; it ain't like riding a bike, I suppose.

While I'm here I might as well bloviate a bit. I took a typing class in high school (10th grade?) and didn't learn a damn thing. I was hunting and pecking when I started and hunting a pecking when I finished, but slightly faster; enough to pass with a D. These were manual typewriters. I fucking hated that class. I just didn't see it as ever being a useful skill. That's what secretaries are for, after all.

In my early twenties, I got a computer. Suddenly, keyboarding became important. I got a bootleg copy of Mavis Beacon Teaches Typing. I went on a seven-month cruise shortly thereafter and had plenty of time to practice. As an aid to learning more quickly, I put a rubber band around each wrist. If my left or right hand made a mistake, I would snap that hand's rubberband. I think I was up to 30 wpm after a month, with very sore wrists. Who says corporal punishment doesn't work? I figured 30 wpm was adequate and quit my lessons after that.

How do you look in a skirt? Can you make sammiches?
About that stereo
Top 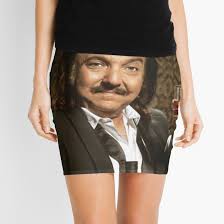 You're hired!
About that stereo
Top

How does Listy look in a skirt? Like the poor woman's got a 200 pound tumor between her legs, of course!
You can lead them to knowledge, but you can't make them think.
Top

I scored 56 wpm with a 0.30% error rate. I think autocorrect screwed me. The model sentence said "Tagg" and I'm pretty sure I entered it right, but it was corrected to "Tags". That's with a Qwerty keyboard. I'm definitely slower on my phone.
A fool thinks himself to be wise, but a wise man knows himself to be a fool.
William Shakespeare
Top

Tried again using my phone. Just 20 wpm with a 1.95% error rate.
A fool thinks himself to be wise, but a wise man knows himself to be a fool.
William Shakespeare
Top
7 posts • Page 1 of 1