This is our lounge area. Feel free to come in and get acquainted!
33 posts

WASHINGTON — The strange objects, one of them like a spinning top moving against the wind, appeared almost daily from the summer of 2014 to March 2015, high in the skies over the East Coast. Navy pilots reported to their superiors that the objects had no visible engine or infrared exhaust plumes, but that they could reach 30,000 feet and hypersonic speeds.

“These things would be out there all day,” said Lt. Ryan Graves, an F/A-18 Super Hornet pilot who has been with the Navy for 10 years, and who reported his sightings to the Pentagon and Congress. “Keeping an aircraft in the air requires a significant amount of energy. With the speeds we observed, 12 hours in the air is 11 hours longer than we’d expect.”

In late 2014, a Super Hornet pilot had a near collision with one of the objects, and an official mishap report was filed. Some of the incidents were videotaped, including one taken by a plane’s camera in early 2015 that shows an object zooming over the ocean waves as pilots question what they are watching.

Now it seems to me that every USAF Aerial Machine is equipped with a camera. It also seems to me that if we (the collective "we" meaning our armed forces) saw some weird shit near out shores that we would photograph the hell out of it just before blowing it to kingdom come. I would not expect a History Channel crapathon.

My BS detector is pinging loudly.
About that stereo
Top

Lieutenant Accoin said he interacted twice with the objects. The first time, after picking up the object on his radar, he set his plane to merge with it, flying 1,000 feet below it. He said he should have been able to see it with his helmet camera, but could not, even though his radar told him it was there.

Read my sig.
The flash of light you saw in the sky was not a UFO. Swamp gas from a weather balloon was trapped in a thermal pocket and reflected the light from Venus.
Top

Weather balloon technology has come a long way. That ain't your grand-daddy's weather balloon. How do you suppose we get such accurate weather forecasts these days? Hypersonic weather balloons. That's how.
Such potential!
Top

All this time all we needed for high-speed propulsion was a sphere encasing a cube.

Here, however, is a clue:


The pilots began noticing the objects after their 1980s-era radar was upgraded to a more advanced system. As one fighter jet after another got the new radar, pilots began picking up the objects, but ignoring what they thought were false radar tracks.

“People have seen strange stuff in military aircraft for decades,” Lieutenant Graves said. “We’re doing this very complex mission, to go from 30,000 feet, diving down. It would be a pretty big deal to have something up there.”

But he said the objects persisted, showing up at 30,000 feet, 20,000 feet, even sea level. They could accelerate, slow down and then hit hypersonic speeds. 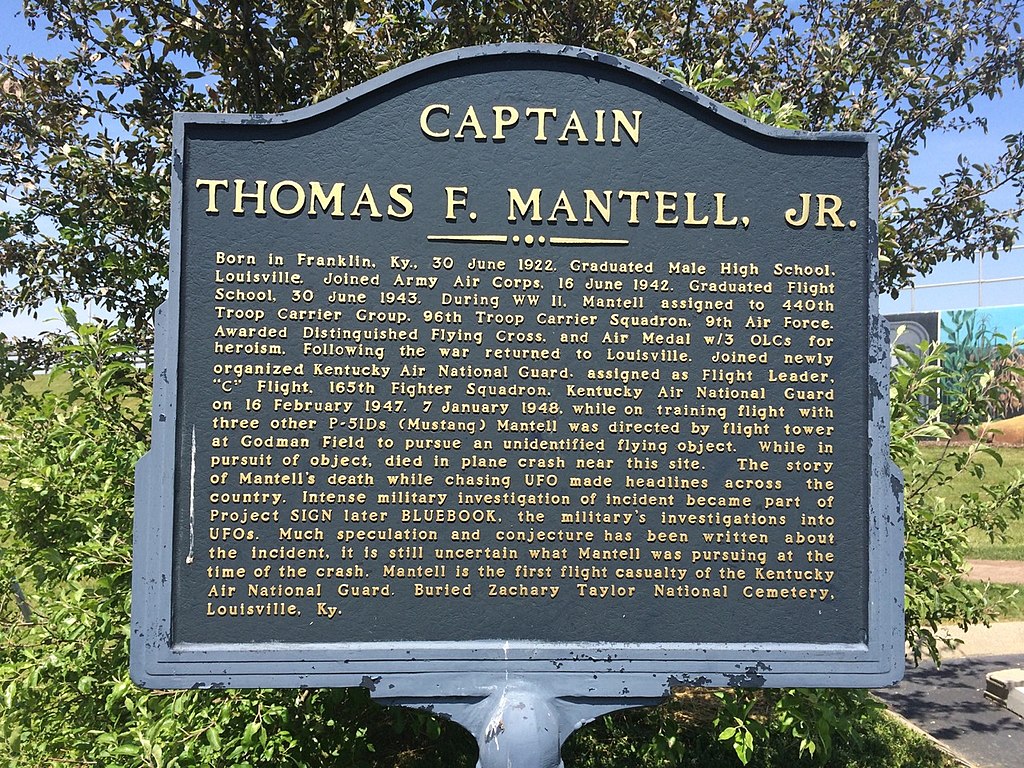 Bottom line: you are all in on it. 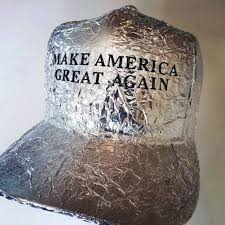 NBC News has an article about NASA sending a new lander that will specifically look for life on Mars. Honestly, I thought they all looked for that, but whatever.


We may be closing in on the discovery of alien life. Are we prepared?
New robotic craft bound for Mars should give us our best shot at finding life on the Red Planet.

Are we prepared? What the fuck is there to prepare for?

In the next decade or so, it’s entirely possible that you’ll see a headline announcing that NASA has found evidence of life in space.

Would that news cause you to run screaming into the street? An article that appeared recently in Britain’s Sunday Telegraph hints that Jim Green, the director of NASA’s Planetary Science Division, thinks the public might be discombobulated by the discovery of biology beyond the bounds of our own planet. But that’s not really what Green believes. He’s concerned that we haven’t thought much about the next steps by scientists, should we suddenly confront the reality of Martian life.

Well, I'm already discombobulated. In fact, my discombobulation meter is usually pegged. I don't think the discovery is going to move that needle beyond a meh.

They also include a poll, which I had to fix (hattip: Douglas Adams) because they poisoned the poll with stupid qualifiers. 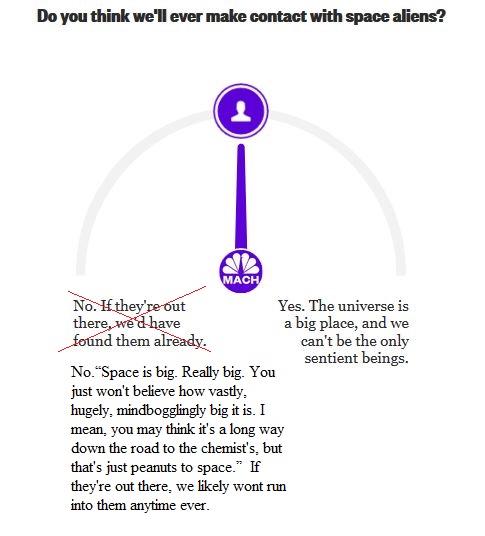 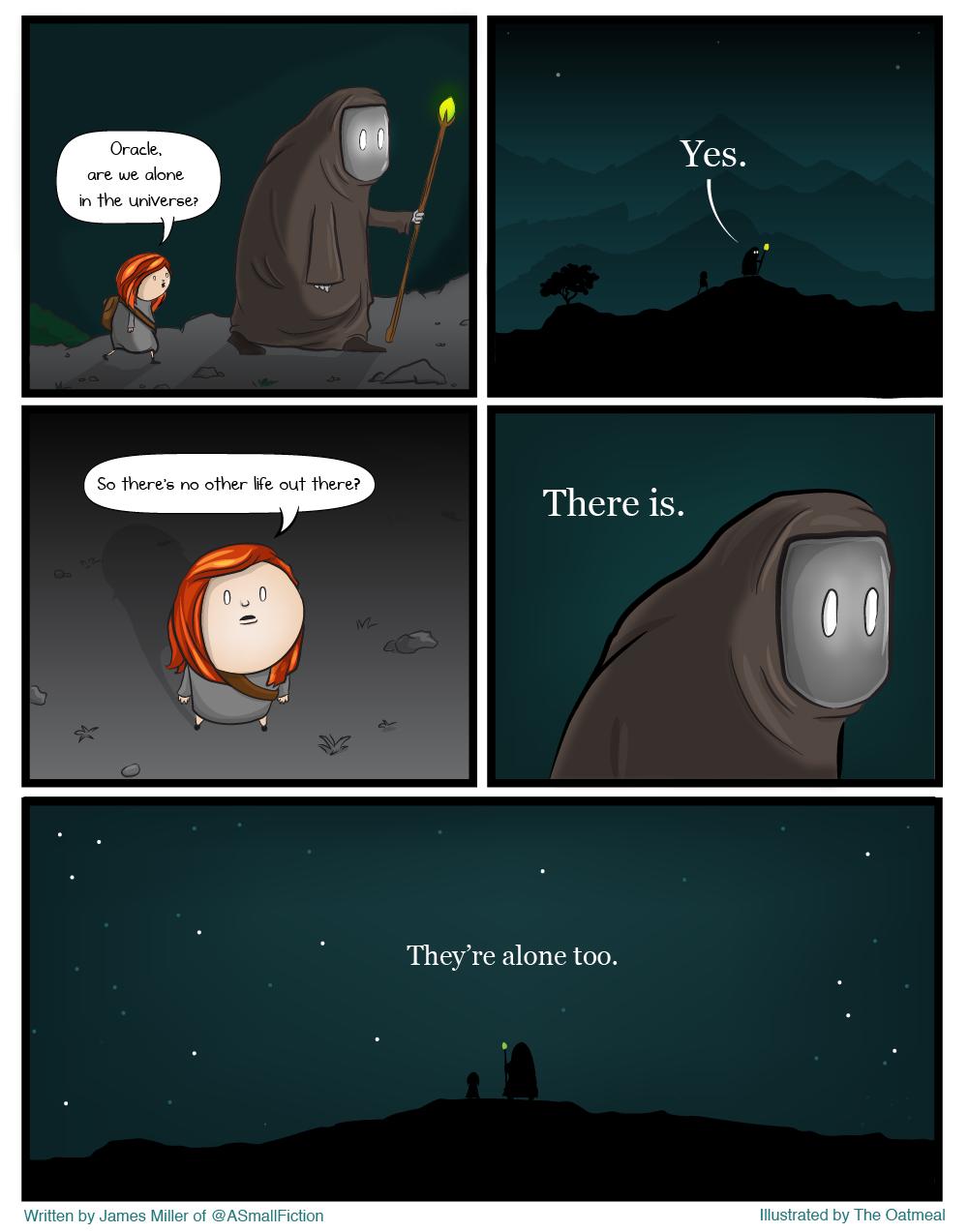 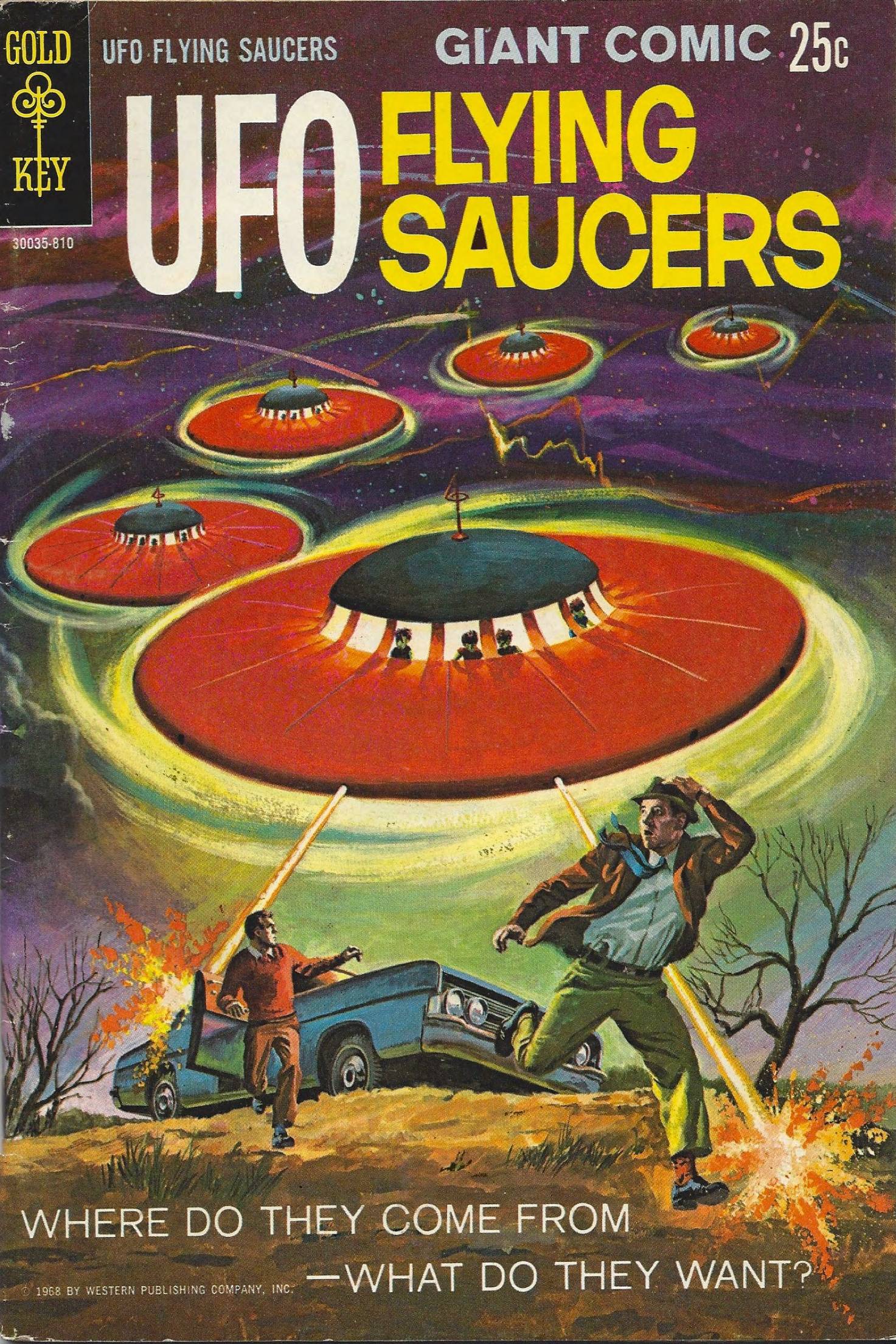 You can read the whole comic here: http://sohp.us/magazines/ufo-comic.php

I remember (and read) this book when it first came out in the 1960s.

As you can see from the Amazon link, still in print and there are still takers. 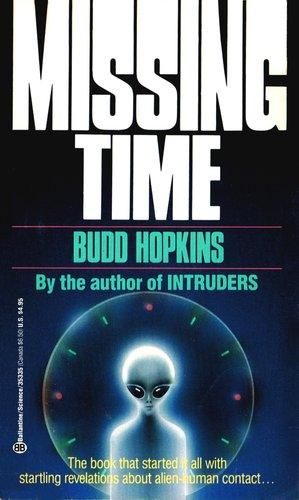 The arrival of extraterrestrial visitors is one of the most momentous events of our time. In Intruders Budd Hopkins explored the shocking truth about the contact between earthling and alien: that human beings are temporarily abducted and taken aboard UFOs. But Hopkins could not have told the stories of those victims without first having discovered the one experience common to all who report alien encounters - the phenomenon known as "missing time."
Missing time tells how the people who have experienced abductions retained no memory of them - all traces of the trauma were effectively erased from their memory. Yet, under hypnosis, many abductees were able to recall in vivid, convincing detail, the harrowing experiments that left mysterious scars on their bodies, the eerie interiors of UFOs where they were held captive, and the astonishing faces of their alien hosts.

The stories of seven victims of these otherworldly intruders are told her - in detail at once dispassionate and dramatic, fully supported by scientific documentation. They are stories that could belong to anyone: your neighbors, your loved ones, even you.

Buddy Hopkins was my first exposure to alien abduction stuff. I was hooked through my early teen years.
Such potential!
Top

Bruce wrote: ↑
Tue Oct 08, 2019 1:32 am
Buddy Hopkins was my first exposure to alien abduction stuff. I was hooked through my early teen years.

I think we can all nominate you resident expert on UFOs & abductions.

A number of years ago I lived near a general aviation airport.

No I could not be bothered to identify every damn thing I saw or heard flying over.
I assumed they were all "ours" but I certainly can't prove it.

Ergo, I experienced hundreds of UFOs.

I was driving and saw what looked like glowing spheres, grouped but slowly moving. Shitty night, rain and such. I was studying sensory psychology and was pretty knowledgeable about the tricks that can be played on the human critter but this one I could not figure out.

After a while the thing resolved itself. It was a full moon being obscured by clouds that had breaks in them. You know about visual closure? 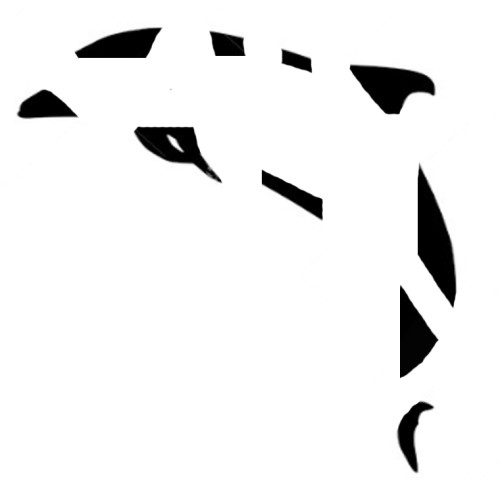 Well, I made what were probably amorphous blobs into "spheres" and that probably worked well enough so that the illusion persisted long enough for me to have a WTF moment.

Had I been on a road that turned or if my vies had been obscured for a while, I'd be reporting my "UFO" right now.
About that stereo
Top

Yeah but at least it was a natural illusion. When I found out how those fuckers had done it I was mad, then sort of impressed. It's not easy to create a UFO illusion at 20,000 feet.

Oh, I once got video of a UFO. It turned out to be a weather balloon.

<where is that head patting gif dammit!!!>
About that stereo
Top
33 posts