Ever had it before? Well you got it again.
434 posts 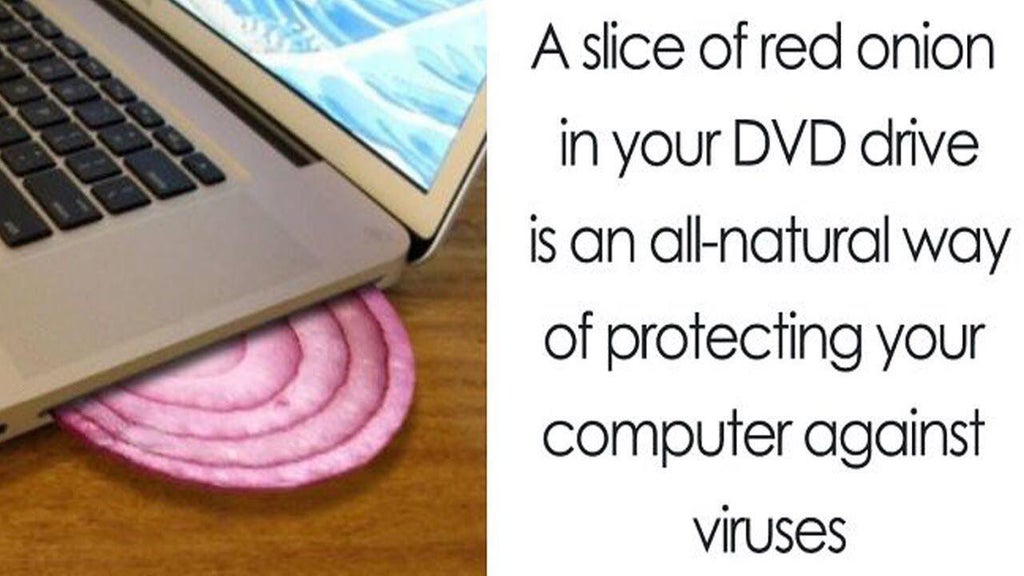 Thought you were Lister for a minute there.
About that stereo
Top

Your hard disk still in the freezer?
Top

Time stops if you put a clock in the freezer.

Old Meth Heads Almanac.
You can lead them to knowledge, but you can't make them think.
Top

↑ You're an expert at time-stopping, we know. 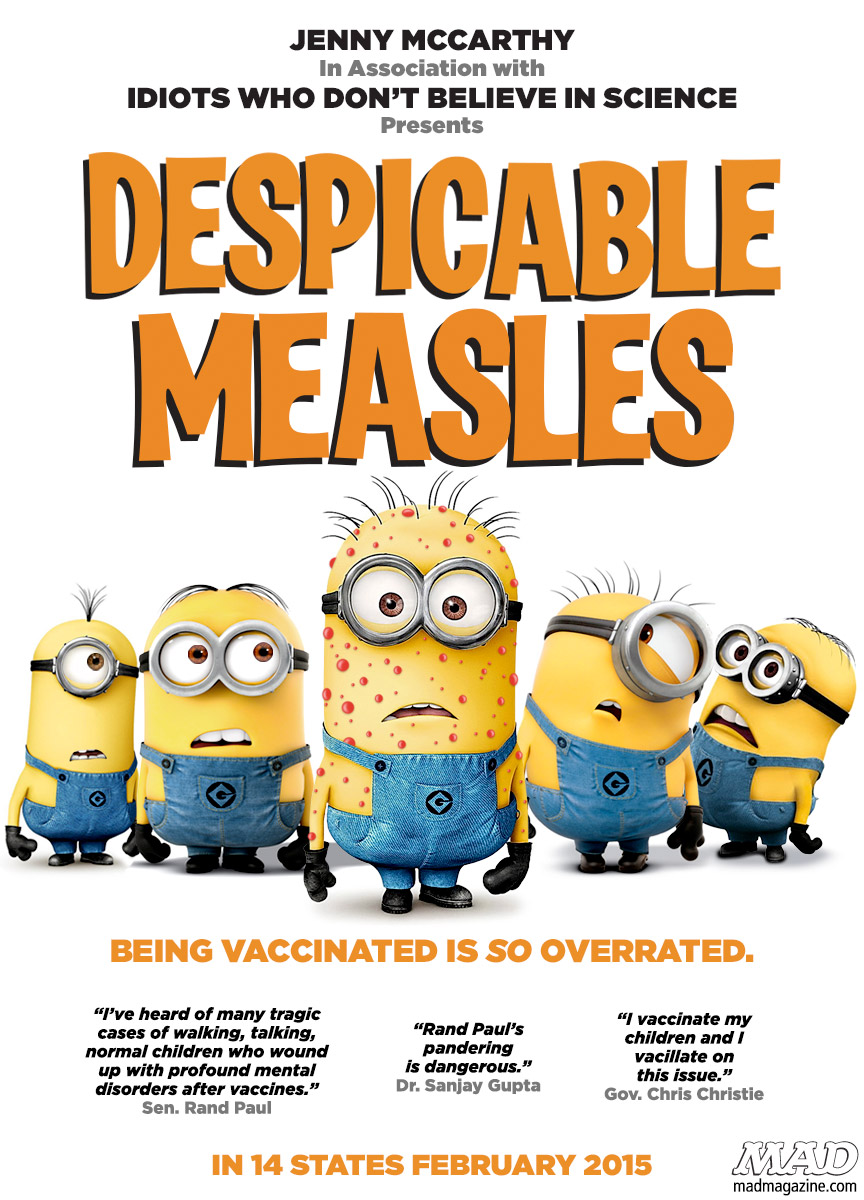 4 European countries just lost their measles elimination status, and the US could be next
Measles, quite possibly the most contagious virus on the planet, is back with a vengeance across Europe and North America.

“We are backsliding, we are on the wrong track,” Dr. Kate O’Brien, Director of the World Health Organisation (WHO) Department of Immunization, told reporters on Wednesday.

The United Kingdom, Greece, Albania, and the Czech Republic had all previously declared that the measles was eliminated, but not anymore. Each of those countries has seen specific measles strains circulating for more than a year now, which means measles can no longer be declared “eliminated” within their borders.

The fact that four formerly measles-free countries are regressing is another indication that an increasing number of babies and kids are going without their vaccines. Public health experts say that in order to prevent the spread of measles, roughly 93-95% of a population must be vaccinated.

There are lots of different reasons why these measles outbreaks are happening, but health experts say the backslide has a lot to do with vaccine hesitancy. O’Brien said many people in rich countries don’t “value” vaccines as much as they should.

“In some places we do see a complacency of parents, families, communities, and leaders to say these are diseases that we don’t see anymore, and this is not of high value,” she said. “It’s not worth spending time, energy, and potentially, you know, the discomfort of your child to get a vaccination.”

“We will continue to see an escalation of cases unless substantial and significant action is taken,” O’Brien said.

The South Carolina Dept. of Health and Environmental Control (DHEC) confirmed the first case on Sept. 17, 2019, and have since confirmed two additional cases, a College of Charleston spokesperson said.

College staff have isolated the individuals who tested positive, and are now verifying student immunization records to identify and contact those who may be at higher risk of contracting the virus, CofC communications director Ron Menchaca said.

The College is partnering with the Medical University of South Carolina to conduct a vaccination clinic on campus this week to provide high-risk individuals with access to the MMR (measles, mumps, rubella) vaccine. 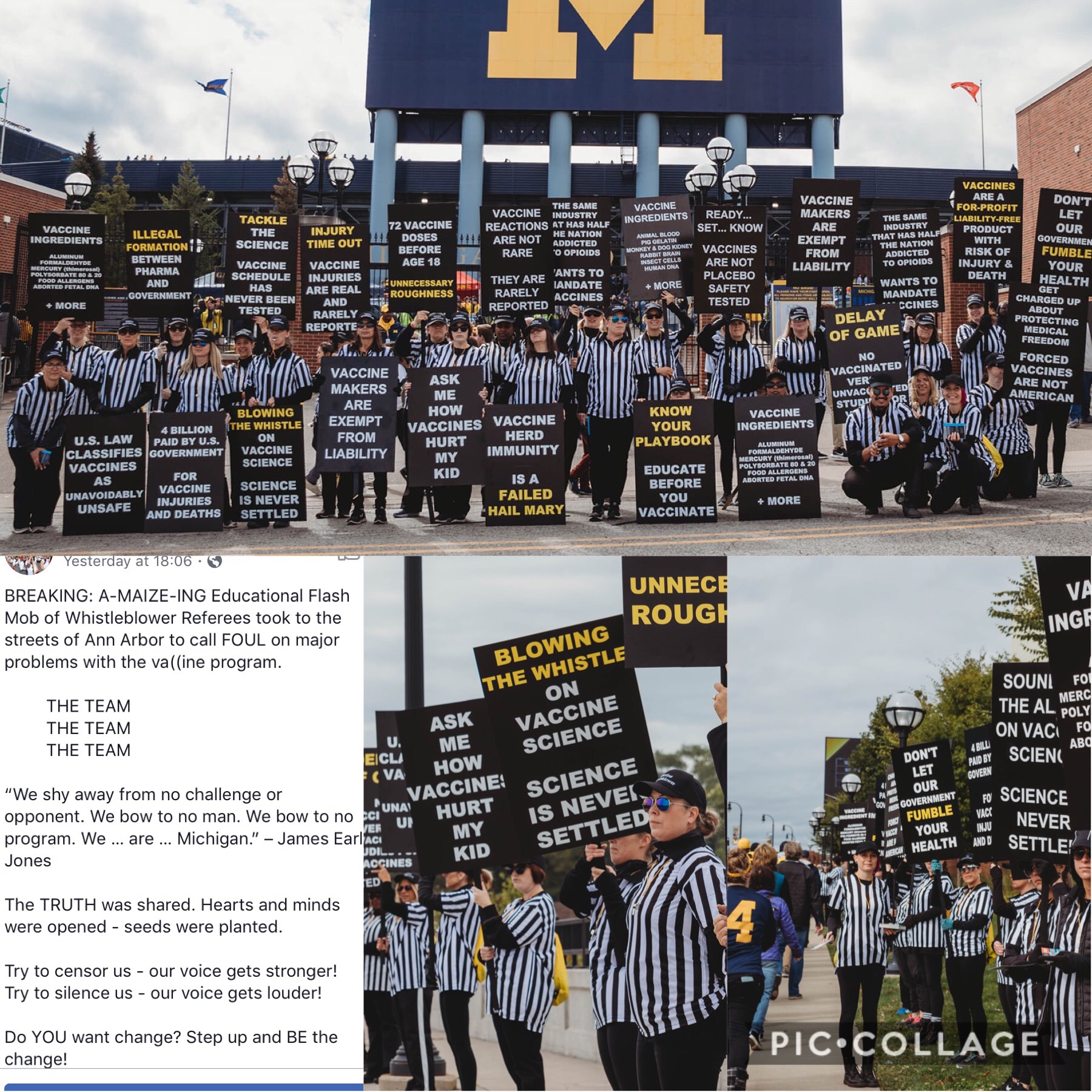 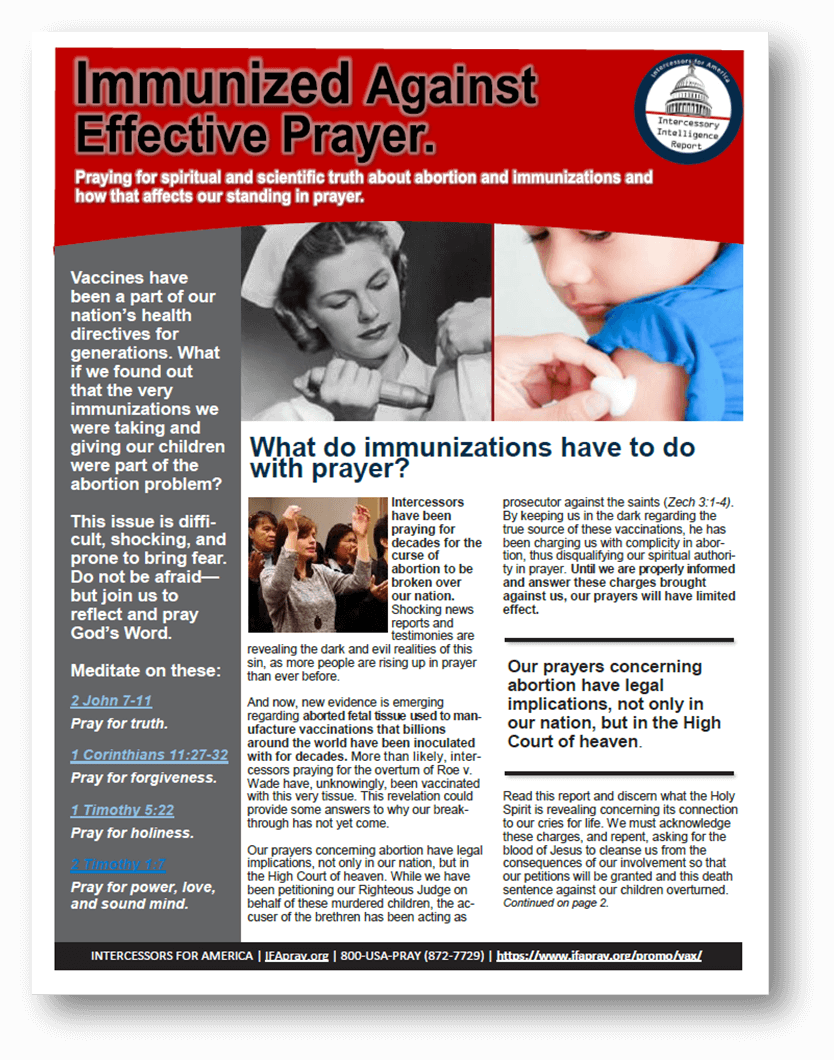 Now, that's a special one.

"Not only in our nation, but in the High Court of Heaven!!!!!111AhundredEleventy!"

Well, after all, they wish to feel connected to something greater than themselves, so they've made this bullshit up out of whole clothe not quite realizing that they were already connected, far more intimately with something far greater than they could have (and did) imagine.

Poor miserable fucking myth fearing idiots.
You can lead them to knowledge, but you can't make them think.
Top 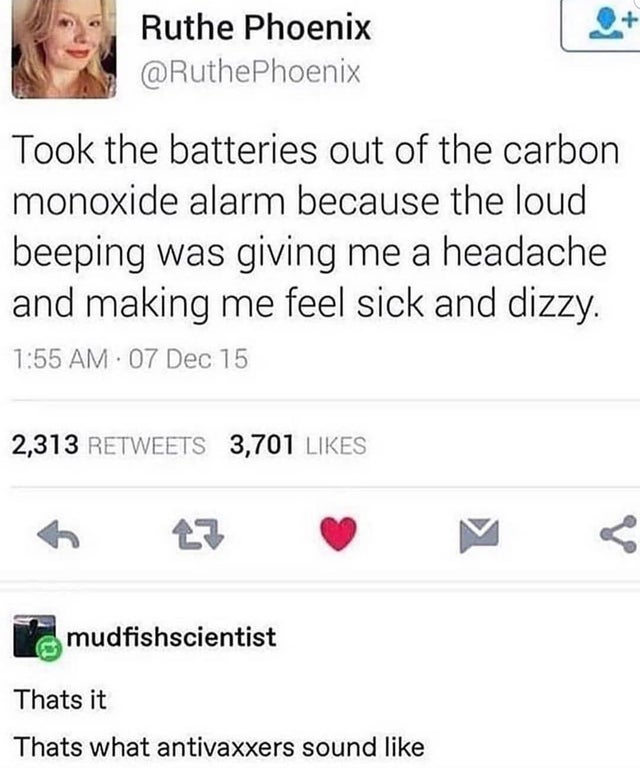 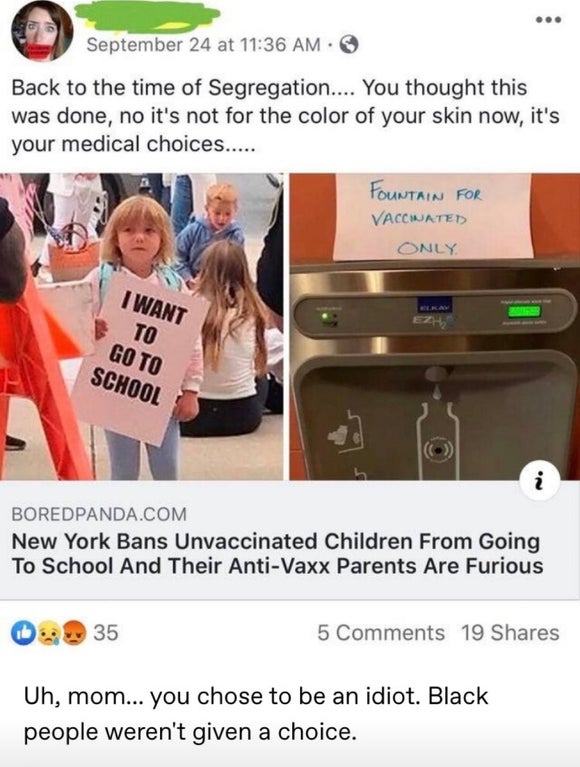 Well, technically being an idiot isn't a choice, most idiots are born with it.
"It is not I who is mad! It is I who is crazy!" -- Ren Hoek

Though one can alleviate it through study.

Of course, hard to do that when one is an idiot. 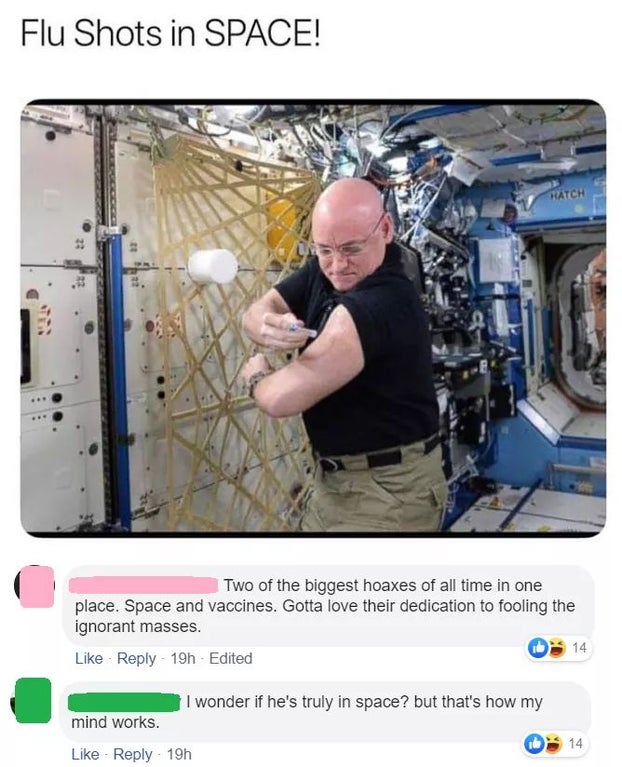 Besides, it's a fact that people can't get sick in space. They can, however, get eaten by large insect like creatures first contacted on LV421. Just ask Sigourney Weaver. She's been there.

And the message is not an SOS. It's a fucking warning.

Ash. You robotic shit heel!
You can lead them to knowledge, but you can't make them think.
Top 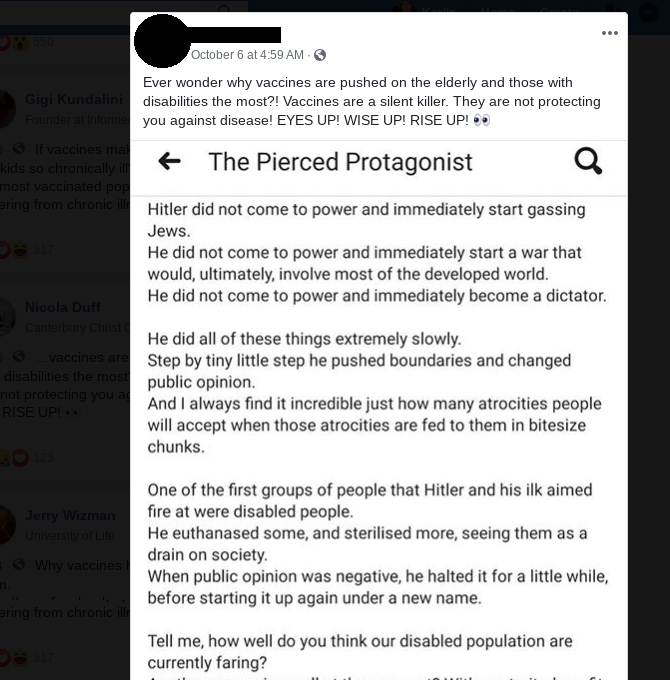 You are in violation of the source-anti-blackout rule. Please report to Boss for a disciplinary hearing.
Top

Hitler wrote a book in prison detailing how he would do all those things, including little details like using gas to get rid of the Jews.

But of course he could not implement so amitious a program instantaneously.

Donald Trump has said people "have to get their shots" in an apparent attempt to encourage vaccinations in the face of a measles outbreak sweeping parts of the US. In the past, the president has repeatedly linked vaccinations to autism.

"The vaccinations are so important. This is really going around now," he told reporters outside the White House. "They have to get their shots."

The president was speaking in the wake of a troubling resurgence in the spread of the disease, which was once eradicated. The number of measles cases in the US is now at the highest level since 2000.

Some 700 cases have been reported this year, and the spread has been largely attributed to misinformation that is turning parents against vaccines.

The warning comes despite the fact that Mr Trump has repeatedly attempted to link vaccinations and autism, flying in the face of scientific evidence.