They are victims of Teh Dumbth.

Click the title to see it in full.
Top

Another politician using the crisis to promote an existing agenda.


March 24, 2020 (LifeSiteNews) – Pope Francis told a Spanish journalist on Sunday that he believes that the coronavirus pandemic is nature “having a fit” in response to environmental pollution.

Stating that “curiously the planet hasn’t been very clean for a long time,” the interviewer asked, “Is it possible that this is nature’s hour of reckoning with us?”

“Fires, earthquakes . . . that is, nature is having a fit, so that we will take care of nature.”

What a fucking moron: All things are Sky Daddy's will.

Review of a vegan bakery (allegedly):

Because Lucifer wants all the sourdough for himself.
You can lead them to knowledge, but you can't make them think.
Top

↑ I tried to find out more, all I got is that it's some goth/punk bakery in Texas but no name.


While googling around I found these:

First thought it was from the Onion:

AACHEN, Germany (Reuters) - Germany’s Aachen Cathedral has dug out the relics of little-known Saint Corona, patron saint of resisting epidemics, from its treasure chamber and is polishing up her elaborate shrine to go on show once the coronavirus pandemic has passed.

The pandemic, confirmed to have infected nearly half a million people worldwide, including more than 30,000 in Germany, has boosted public interest in the Christian martyr, believed to have been killed by the Romans around 1,800 years ago.

The cathedral had planned even before the coronavirus outbreak to display St Corona’s shrine this summer as part of an exhibition on gold craftsmanship. It is not clear when people will now be able to view the shrine due to tough restrictions on gatherings imposed to help combat the spread of the virus.

But experts are painstakingly cleaning the gold, bronze and ivory shrine, which has been hidden from public view for the last 25 years, in preparation for when it can go on display.

“We have brought the shrine out a bit earlier than planned and now we expect more interest due to the virus,” said Aachen Cathedral spokeswoman Daniela Loevenich.

Corona is believed to have been only about 16 years old when the Romans killed her, probably in Syria, for professing the Christian faith.

The girl suffered a particularly excruciating death, according to legend. She was tied to two bent palm trees and then torn apart as the trunks were released.

“That is a very gruesome story and led to her becoming the patron of lumberjacks,” said Brigitte Falk, head of Aachen Cathedral Treasure Chamber, adding that it was pure chance that she also became a patron saint for resisting epidemics.

Corona’s relics, brought to Aachen by King Otto III in 997, were kept in a tomb underneath a slab in the cathedral - which can still be seen - until 1911-12 when they were placed in the shrine, which is 93 centimetres tall and weighs 98 kilograms.
Slideshow (6 Images)

The Roman Catholic cathedral at Aachen, built by Emperor Charlemagne in the ninth century, is one of Europe’s oldest. Charlemagne was buried there in 814 and it was used for the coronation of German kings and queens. 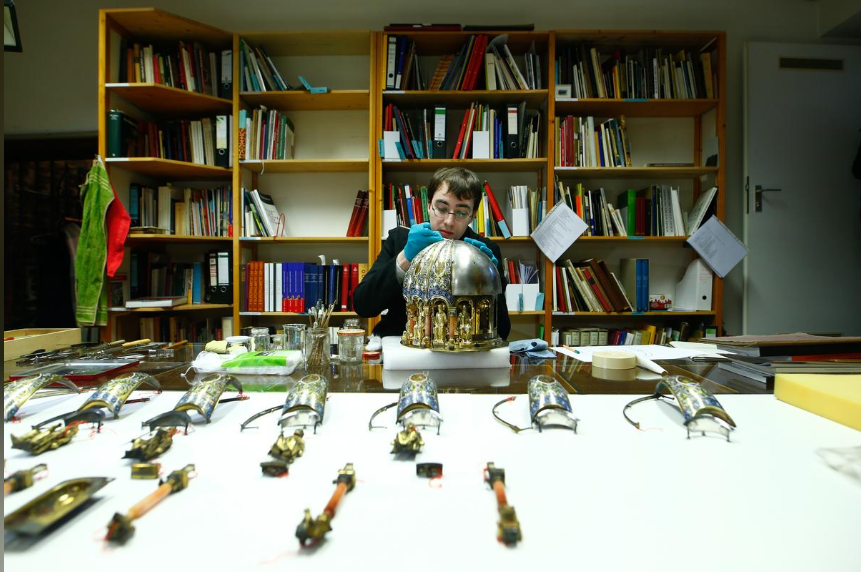 I see some of those relics are on the end of long sticks. Like lollipops. This suggests the proper way to activate the power of the relic. 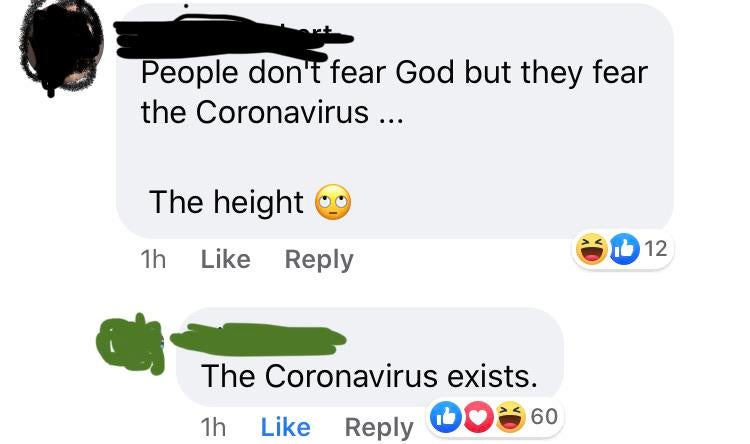 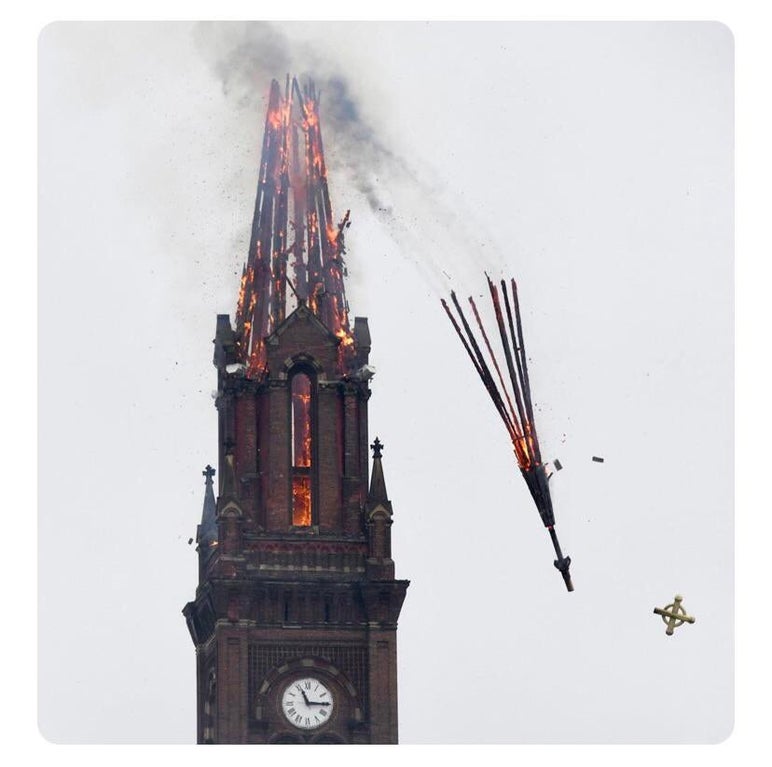 Take THAT sceptics!
You can lead them to knowledge, but you can't make them think.
Top

Lightning is from Zeus.

He's still pissy about that Jesus character getting all the property.

In all the (I assume) centuries that structure has stood no one thought "hey that steeple is the tallest structure for miles around maybe a lightning rod would be a good idea."

Edit to add: Baltimore eh, fucking dumb asses.
... The stars were suns, but so far away they were just little points of light ... The scale of the universe suddenly opened up to me. It was a kind of religious experience. There was a magnificence to it, a grandeur, a scale which has never left me. Never ever left me.
Carl Sagan
Top

There are of course no Gothic cathedrals in the US of A1. (

While the church’s cornerstone was laid in May 1833, according to the Archdiocese of Baltimore, Library of Congress records say the structure was built between 1865 and 1867, right after the Civil War. It was designed by George A. Frederick, whose other works include Baltimore City Hall. It featured tall stained glass windows by Josef Mayer and other notable murals and sculpture.

The style is quite recognizable.

In parallel to the ascendancy of neo-Gothic styles in 19th-century England, interest spread to the rest of Europe, Australia, Sierra Leone, South Africa and to the Americas; the 19th and early 20th centuries saw the construction of very large numbers of Gothic Revival and Carpenter Gothic structures worldwide. The influence of Revivalism had nevertheless peaked by the 1870s.

I would even count Eiffel's cast iron Lisbon elevator from 1902 as neo-Gothic: 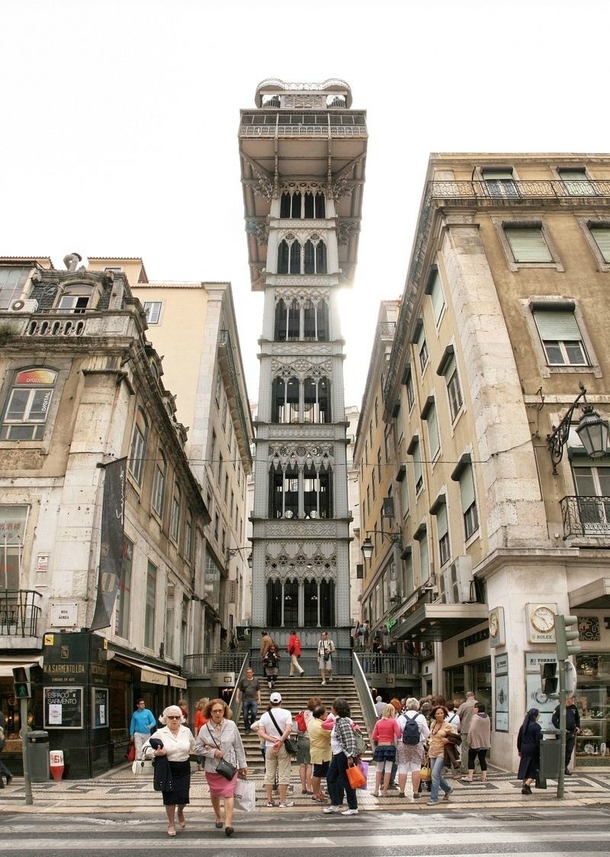 Wit – pedantic asshole – ness.
1 Apart from some stuff rebuilt from remains scooped from Europe, I seem to vaguely remember.
Top