This is our lounge area. Feel free to come in and get acquainted!
1127 posts

Somebody trying to sell something.

They also issue reports for zombie outbreaks and invading Canada.
Do you have questions about God? 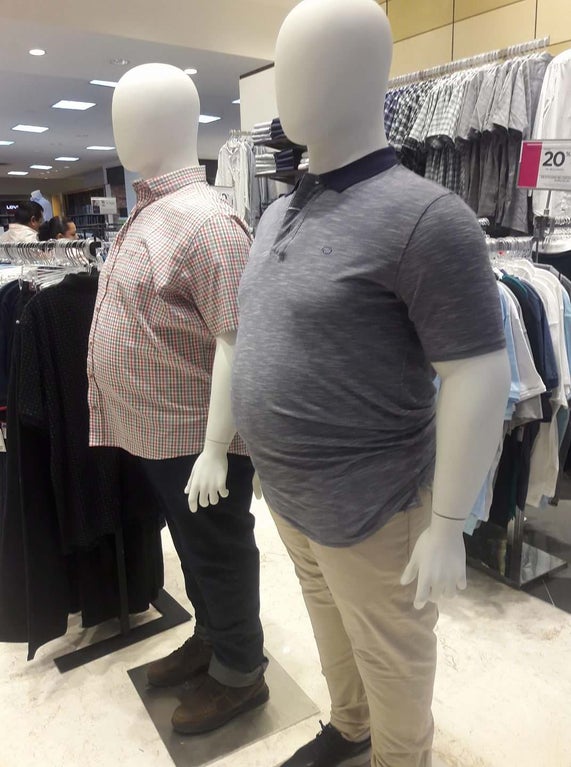 When I first saw that I wondered why it looked so familiar. Then it struck me. 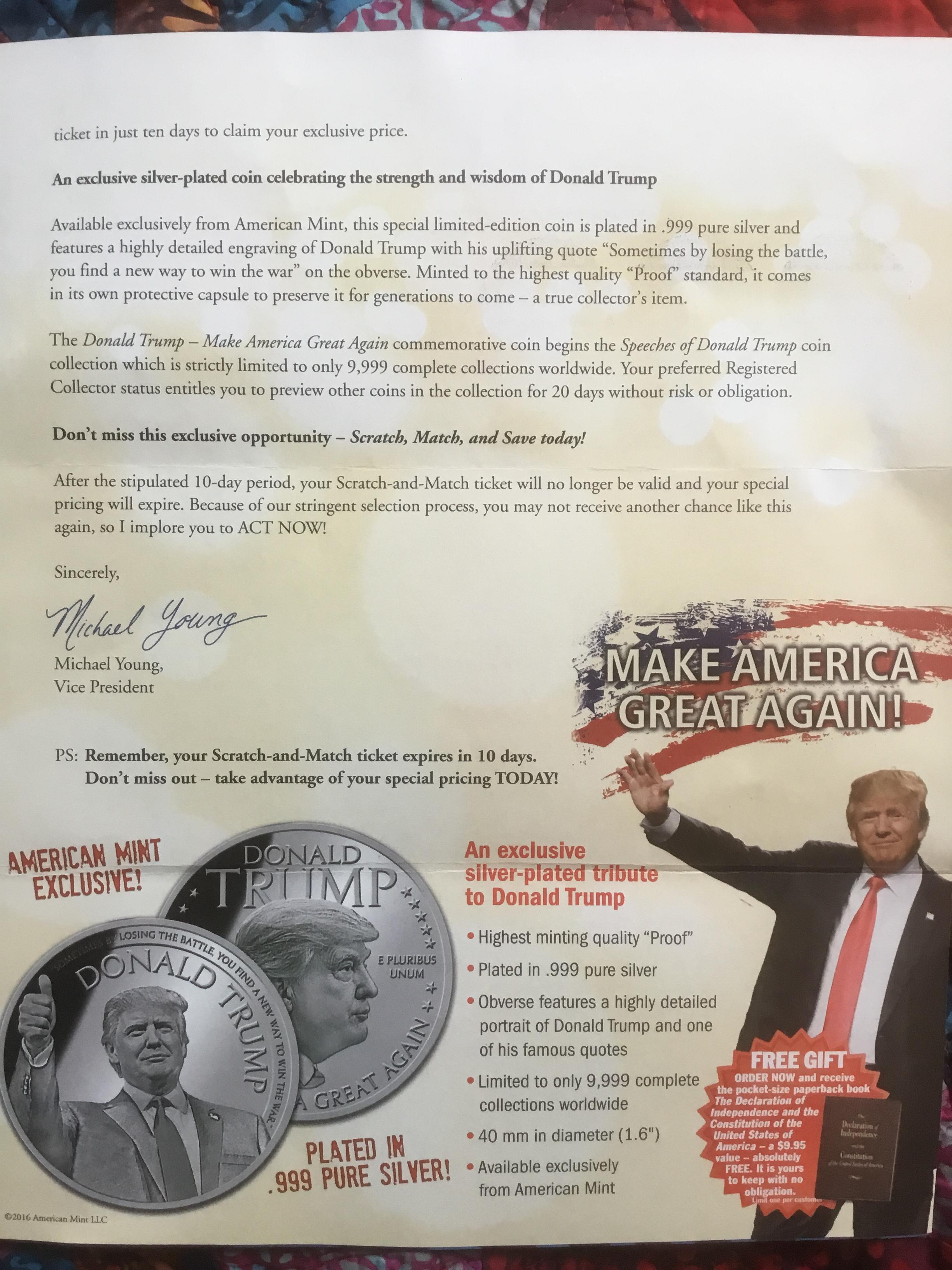 They are still for sale
https://www.americanmint.com/donald-tru ... us-9442201#
About that stereo
Top

And .999 pure silver… plated. In other words, worthless.

The slow death of the American coal industry has forced Murray Energy, the largest private coal miner in the United States, to file for bankruptcy protection Tuesday.
Murray Energy's bankruptcy has been telegraphed for years. It recently failed to make payments to lenders, and the company entered into a forbearance agreement that bought it time to negotiate a restructuring. But that grace period came and went, and Murray Energy was unable to pay its bills. S&P Global Ratings downgraded the company's credit rating to "default" earlier this month.
The coal company formed a restructuring agreement with some of its lenders, representing about 60% of Murray's $1.7 billion in liabilities. The company announced Tuesday it has received $350 million in credit to keep its business operational through bankruptcy.

The bankruptcy underscores the enormous pressure facing coal miners. A string of coal companies have already filed for bankruptcy, but Murray Energy is among the most powerful and well-connected firms in the industry. Murray Energy and its subsidiaries have 7,000 employees and operate 17 active mines in Alabama, Illinois, Kentucky, Ohio, Utah, and West Virginia.
President Donald Trump's election in 2016 had raised hopes in the coal industry for a revival. The president moved swiftly to slash environmental regulations and even installed a former coal lobbyist to lead the US Environmental Protection Agency. But the deregulatory push has been overwhelmed by market forces. Coal just can't compete with cheap natural gas and the plunging cost of solar, wind and other forms of renewable energy.
Power companies are ditching coal in favor of cleaner alternatives at a rapid pace. US power plants are expected to consume less coal next year than at any point since President Jimmy Carter was in the White House, according to government forecasts released earlier this month.

The Feds are building an America-wide face surveillance system – and we're going to court to prove it, says ACLU

The American Civil Liberties Union (ACLU) is suing the FBI, the Drug Enforcement Agency (DEA), and the Department of Justice (DoJ) in an effort to find out what the US federal government’s systems and policies are around facial recognition.

Following a freedom-of-information request in January that Uncle Sam still has not responded to, the ACLU has demanded [PDF] the release of the TLA trio's guidelines and rules regarding what the union terms “face surveillance technology,” as well as details of any contracts or pilot programs it has with private companies over the technology.

Specifically, the civil-rights warriors have filed suit in Massachusetts against the Feds, requesting the district court forces the agencies and department to cough up "public records pursuant to the Freedom of Information Act."

“Technology has outpaced our civil rights law,” said the director of the Technology for Liberty Program at the ACLU of Massachusetts, Kade Crockford, in a statement.

“Face surveillance technology poses unique risks to people’s privacy, safety, and civil liberties. As state lawmakers consider a statewide moratorium on the government’s use of this technology, and Congress considers its own legislation, the public urgently needs to know how the federal government is using face surveillance and other remote biometric monitoring systems in Massachusetts and across the nation.”

For the first time ever, a US cheese is named best in the world

(CNN) — Forget the American love affair with Cheez Whiz, blocks of Velveeta and pasteurized processed cheese food slices.
A cheese from the United States has been named the world's top cheese.
Rogue River Blue has taken the top prize at the 2019 World Cheese Awards, marking the first time a US cheese has ever been named World Champion Cheese.
An organic blue cheese produced by Rogue Creamery of Central Point, Oregon, Rogue River Blue beat a record-breaking 3,804 entries from 42 countries at the awards, held this year in Bergamo, Italy, in mid-October.
Some 260 judges from 35 different countries judged the cheeses, narrowing the list down to a final 16. An international "super jury" of experts chose the winners.
Coming in second place was an Italian cheese, the 24-month aged Nazionale del Parmigiano Reggiano Latteria Sociale Santo Stefano. It was followed by a Spanish raw ewe's milk cheese, Torta del Casar D.O.P. Virgen Del Prado made by Queseria Doña Francisca. 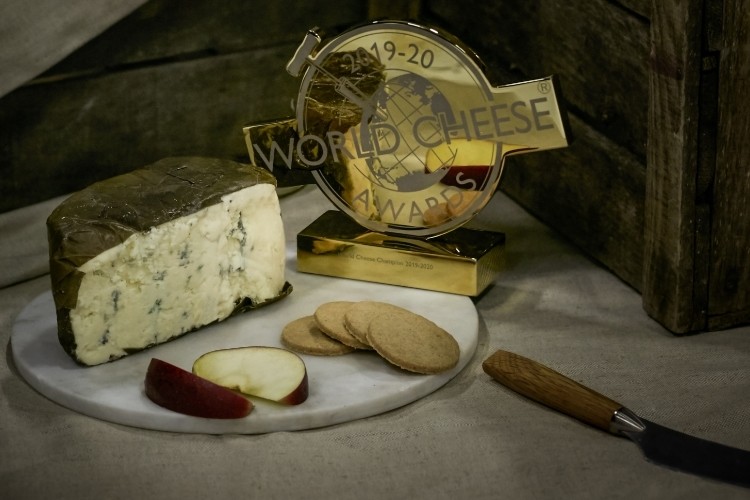 Samuel Adams is bringing its Utopias beer back just in time for Halloween, but not everyone will be able to find the brew. Due to the drink’s high level of alcohol, it’s actually illegal in 15 states. 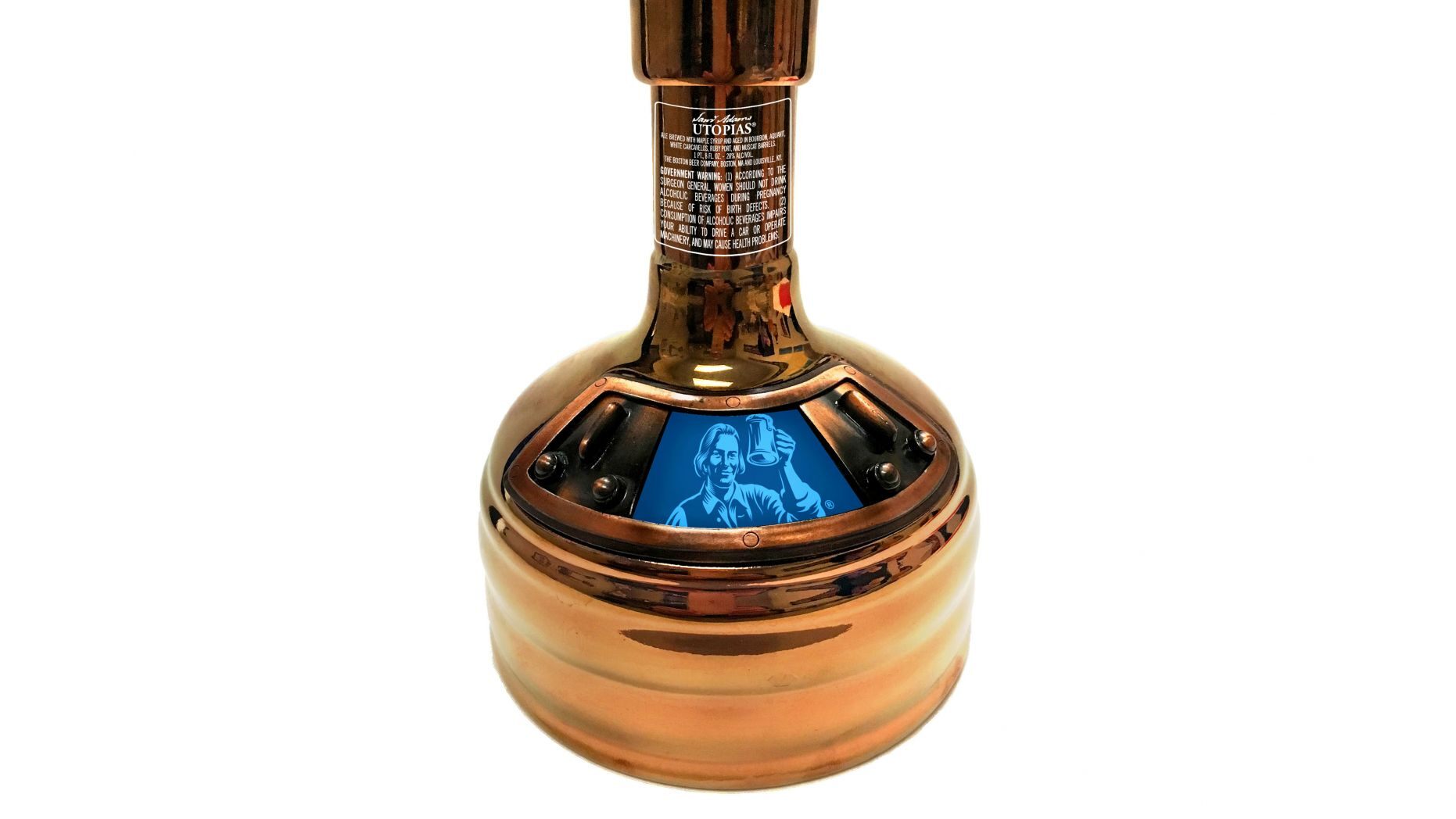 Utopias is described as a “barrel-aged extreme beer” and has a multiyear-long brewing process, Forbes reports. The 2019 brew is a blend of Sam Adams’ earlier extreme beers, which have reportedly been aged in wooden bourbon casks.

According to Forbes, Sam Adams’ only brewed 77 wooden casks of Utopias, which the outlet describes as having “distinct vanilla notes and subtle nutty and elegant dark fruit aromas.” The beer also claims to have an ABV (alcohol by volume) of 28 percent, significantly higher than the average beer (which is usually lower than 10 percent).

Of course, this isn’t the first beer to face legal limitations.

In mid-August, a Utah based brewery lost an appeal against a ruling that banned its polygamy-themed beer in North Carolina. Wasatch Brewery hoped to bring Polygamy Porter to stores in the state, but were unable to convince the North Carolina Alcohol Beverage Control Commission to allow it.

In fact it would not necessarily be illegal, if only they didn't insist on call it it "beer".

For the first time since they were wiped out in 1870. Bison have been released back into the wild of Badlands National Park. 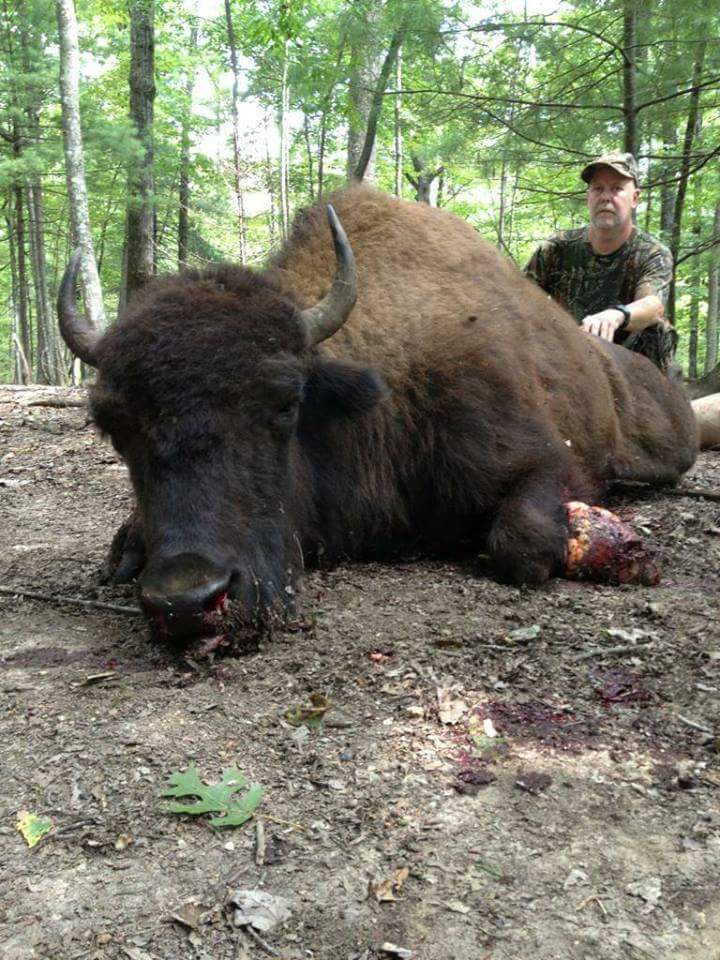 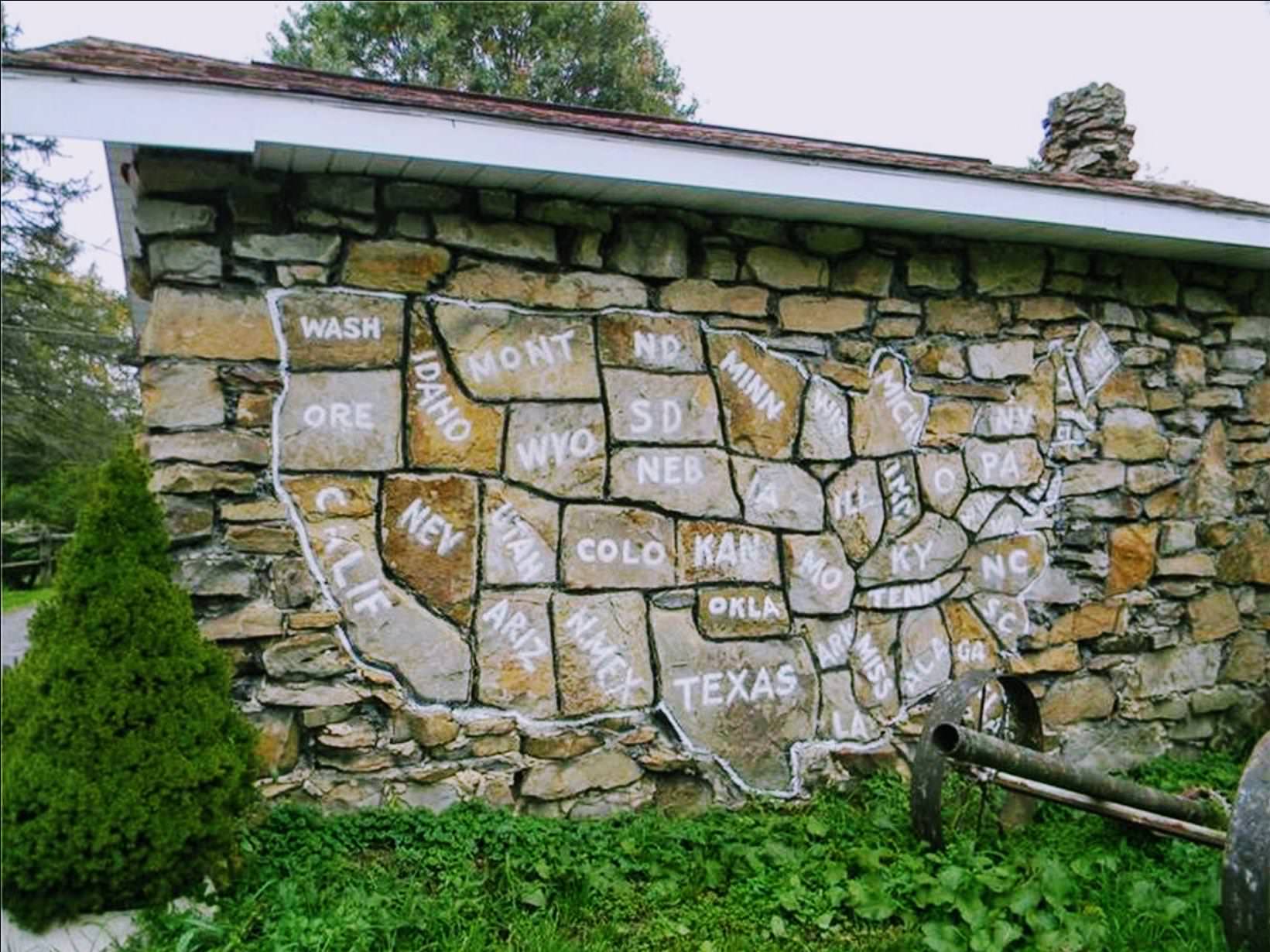 ISIS bride who urged jihadists in America to 'go on drive-bys and spill all of their blood' says she deserves a second chance as she pleads to return to the U.S. because life is hard in Syrian refugee camp with her son

ISIS bride who urged jihadists in America to 'go on drive-bys and spill all of their blood' says she deserves a second chance as she pleads to return to the U.S. because life is hard in Syrian refugee camp with her son 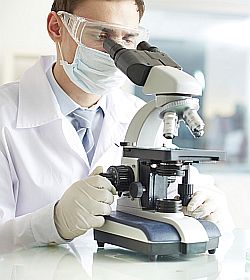 Damn! Where'd I put my violin?

I was never in the US military, but I did get the talk from an Army recruiter after my draft physical. I'd have been 1A but for the lottery.

About that stereo
Top
1127 posts